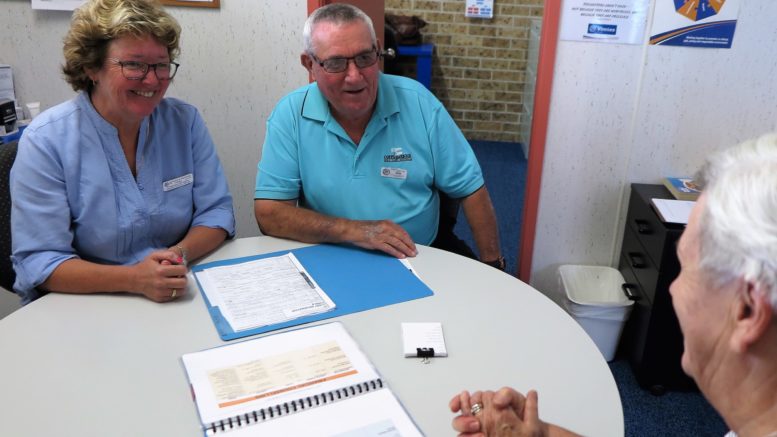 The Society’s NSW CEO, Jack de Groot, said the Central Coast had seen almost 1,000 people in Gosford and Wyong apply for help in the last quarter – an increase of almost 10 per cent in the past 12 months.

Numbers are sure to keep rising with Consumer Price Index (CPI) data revealing this week that inflation rose 2.1 per cent in the March quarter, up 5.1 per cent over the past year, he said.

“From January to March this year we saw 959 people coming to us for help on the Central Coast, with food and energy bills the most common causes for concern,” de Groot said.

“Eight nine per cent were struggling to buy food.

“But we are also seeing more requests for assistance with accommodation and, more recently, fuel costs.

“Even with the recent six-month cut to the fuel excise, people on the Coast are still paying close to $2 a litre for petrol and that’s having a huge impact.

“If you need to travel any distance for work or to care for a family member, the fuel costs can be prohibitive.

“This is especially true on the Central Coast, where there are fewer public transport options than in other parts of the state.”

De Groot said the organisation was seeing more families apply for aid, in addition to regular requests from the elderly.

“Of the 959 people who applied for assistance, 50 per cent were renting their homes, a third were in public housing and 14 per cent were homeless or in temporary accommodation, which often includes couch surfing,” he said.

“Recent figures from Anglicare reveal those on low incomes can only afford 1.6 per cent of the rental housing on offer and those on benefits cannot afford to rent at all.

“This leaves those on low incomes or benefits extremely vulnerable.

“This latest inflation rise of 5.1 per cent, the largest rise in 20 years, will see the situation worsen.

“People are having to make difficult choices between paying their rent or having two or three meals a day. Some struggle to afford even one.”

“Those on JobSeeker receive $46 per day to pay for everything, and yet there is a 5 per cent inflation increase across the board – from food and electricity to prescriptions.

“We are seeing increasing numbers of people struggling and we expect to see many more; it’s an impossible situation.”

De Groot said the housing shortage on the Central Coast was exacerbating the situation, with many unable to afford heating as winter approaches.

Some Central Coast households were also playing host to family members displaced by recent floods in the Northern Rivers, he said.

“An increase in the aged pension is necessary – although some on that pension do have supplementary income streams,” he said.

“Even so, we are seeing an increase in the number of elderly women who find themselves homeless for the first time in their lives.

“Those on JobSeeker are in desperate need.

“The Government introduced increases and special supplements during COVID-19 lockdowns and they worked. People were not needing as much material assistance. They were able to pay for food and survive with a greater sense of dignity.

“There are more than three million people living in poverty in Australia and that number could easily be reduced by one million people with some assistance from the Government.”

Chief among this assistance should be immediate rises to pensions and a more equitable taxation system, he said,

De Groot said those on benefits had little incentive to look for work as low thresholds saw pensions cut dramatically when extra income was declared.

“Neither major party wants to make a commitment to address this situation,” he said.

“It demonstrates a lack of understanding, or care, for people doing it tough and the growing challenge of making ends meet as prices for basic goods surge,” she said.

“Our research shows Australia can easily fund a significant boost to JobSeeker, alongside an increase in Commonwealth Rent Assistance, by making simple and affordable changes to our tax and welfare system.

“The only problem is we lack political leaders with the courage to countenance such a plan.”