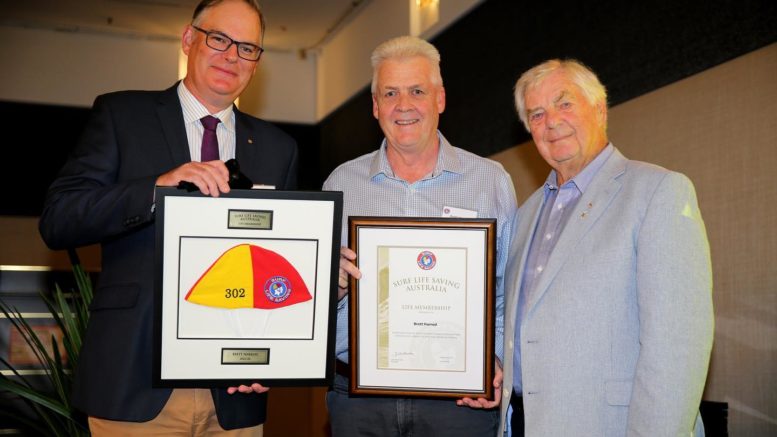 Harrod was named a Life Member for his ‘sustained and distinguished contribution’ to surf lifesaving (SLS) as President of Umina SLSC, SLS Central Coast, SLS New South Wales and as a Director of SLS Australia.

As a SLS Australia Board member, Harrod chaired and facilitated working groups that implemented a number of lifesaving initiatives that have been implemented nationally by SLSA and other states.

Umina SLSC congratulated Harrod for his achievement and shared some of his thoughts on the honour.

“It’s Brett’s 46 years of membership in Australia’s most iconic volunteer movement where he has found joy, connection and most definitely made a difference,” the club said.

“He has created wonderful friendships from all around Australia and overseas, had opportunities for personal development through mentoring and participation, seen and been involved with some of the greatest athletes and water people in the world and been involved in the development of the world’s best lifesaving technology and resources.

“15 years after he was a part of a group that created the surf lifesaving tagline, “create great Australians and build better communities”, he believes it is still so relevant and exactly what we do or aspire to do.

“He sees this take place through training, saving lives in the aquatic environment, developing athletes, creating health and fitness pathways and providing development for youth and nippers.

“Brett would like to take this opportunity to thank all of those who you have been a part of his journey in surf lifesaving.”

To finish off his time at The Aussies 2022 at North Kirra, Harrod was asked to sit front and centre in the VIP area for finals day.