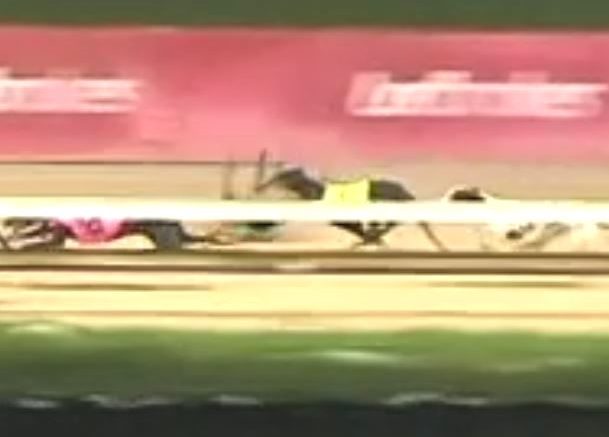 Eye Liner and Snoozy Sioux were euthanised on site at Gosford racetrack, Friday April 8, the former losing footing at the turn and the latter colliding with another greyhound.

The Coalition for the Protection of Greyhounds (CPG) point to a total of 46 greyhound deaths this year in Australia, 11 in NSW and 3 in Gosford, taking their figures from Stewards reports by the Greyhound Welfare Integrity Commission (GWIC).

CPG Director, Kylie Field has raised questions over the safety measures at the Gosford track, as well as exploitative treatment for greyhounds who are raced in dangerous conditions.

“They can run at up to 80km/h and any collision with another dog, especially at track turns, often leads to bad falls, as we saw at Gosford,” Field said.

“Euthanasia is paid for by the racing club, so it’s cheaper to kill a dog than have to pay for treatment.”

Field has also condemned Greyhound Racing NSW for removing the race videos from its official website as an act of censorship, and has called on the government to provide funding for improved safety infrastructure.

“Greyhound Racing NSW obviously realises the general public has no tolerance for seeing dogs suffer, which is why they regularly censor race videos and have removed videos of the two fatal Gosford incidents from their website,” she said.