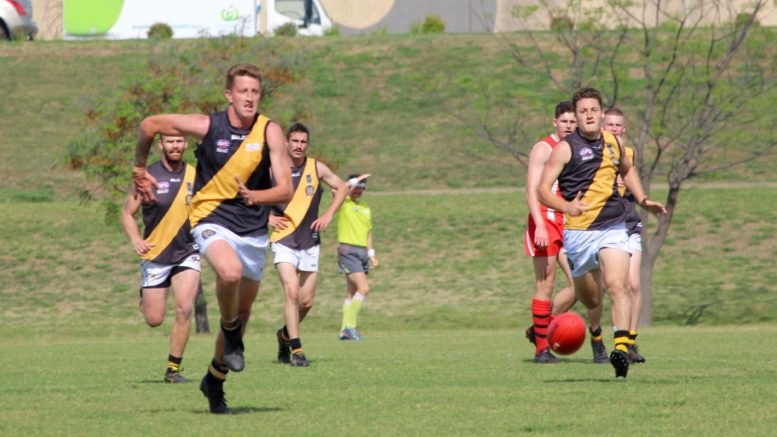 The Gosford Tigers in action

The Gosford Tigers AFL Club has been given a last-minute reprieve after being under threat of closing down due to lack of players.

With a 51-year history, the club held a last-ditch tryout on March 24 and was able to get 26 players registered for the senor men’s team, securing its spot in this year’s competition.

Gosford Tigers President Brad McKaig said he was overjoyed the community and local media had rallied behind the cause.

“On behalf of everyone at the club, we are so thankful for the support we received last week and to the players that have come forward and registered with us. Without them we could not have secured our spot this season,” he said.

“It is such a relief and such a positive step forward for the club considering where we were at just a week ago.

“Now we need to focus on training and coming together as a team to win.”

McKaig urged anyone thinking about playing AFL this year to get on board.

“We could always use more registered players to cover injuries, sickness and holidays so if you were thinking of joining us and haven’t as yet, please do,” he said.

“We still need to increase the women’s team numbers and we are hopeful we will get there.”

The season kicks off this Saturday, April 2.