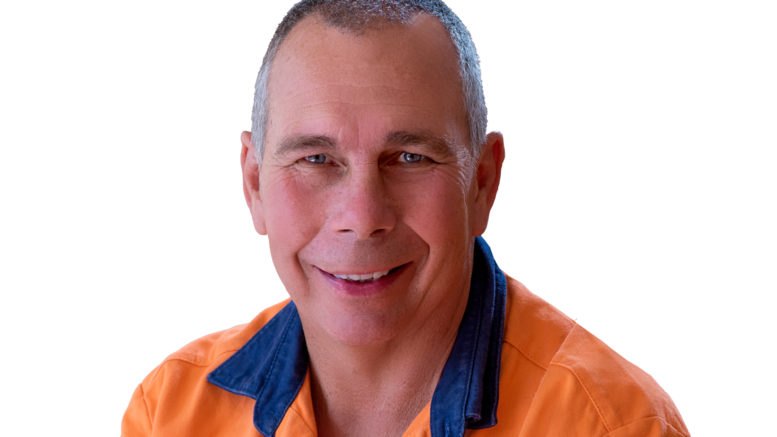 Martin Stevenson is the One Nation candidate for Dobell

Martin Stevenson has one key aim in the upcoming federal election for the marginal seat of Dobell – to provide an alternative to voters who have given up on the major parties.

Stevenson will be Pauline Hanson’s One Nation party’s candidate for Dobell. A local businessman and father of two, Stevenson says that charity begins at home.

“It’s by providing opportunities for our children, and our grandchildren, that the community will thrive,” he said.

“At the moment, there’s not much of a future for them.”

Stevenson joined One Nation after becoming disenchanted with what he calls the political elite.

“I’m an electrician – I had no ambitions of being a politician at all.”

“I just felt the current lot were so bad, I had to try and change things.”

“The major parties have trashed our country – they’re deaf to the voices of average working Australians.”

Stevenson says he was particularly aggrieved by the sale of the nation’s critical infrastructure – farming land, water, ports – to foreign entities and by the loss of jobs overseas.

“(The major parties) have implemented destructive policies that have ripped apart families, crushed businesses and tarnished our national identity.

He lamented the government’s rush to promote population growth and development on the Central Coast without putting the necessary infrastructure in place first.

“There’s a housing affordability crisis here, and the government just allows foreigners to keep buying up our homes.

“My daughter had to move out to the back of Gunnedah because she can’t afford to live here,” he said.

“The government also over-reached during the pandemic and our basic human rights and freedoms vanished into thin air, especially for the many Australians who lost their jobs for saying ‘no’ to vaccines.”

Among its key policies, One Nation says it will advocate to build new infrastructure and create jobs for Australians first and to bolster homegrown tradesmen and women, including via the national apprenticeship scheme.

It will advocate for a $100 a week rise under the Work Bonus scheme that would allow pensioners to earn up to $13,000 a year without reducing their pension.

And it argues Free Trade Agreements (FTAs) that function against the best interest of Australians must also be scrapped and that import tariffs should be re-implemented to safeguard local jobs and wages.

In our interview with the One Nation candidate for Dobell however, it was clear that Stevenson believes our children should be at the centre of it all.

“Children are our future.”

“They have a right to proper care, support, both of their parents and extended families, to grow in health and wellbeing.”

And on the divisive issue of coal and gas?

“Australia’s abundant natural resources should be for the prosperity of our own citizens instead of our global competitors,” the policy says.

“There should be a national plan to guarantee low-cost, reliable power by building new low-emission coal-fired power stations.”

The party also believes Australia should withdraw from the United Nations Paris Agreement signed in 2016.

“We oppose the waste of multi-billion-dollar government subsidy schemes offered to foreign owned solar and wind projects,” the policy says.

“China has 3,000 or more coal fired power station and we somehow think that closing four or five here in Australia is going to save the world?” Stevenson asked.

“Yes, I’m pro coal, I’m pro low-emission coal – at the end of the day Dobell needs low-cost electricity, with coal and gas in the mix, to encourage industry and employment.”

And how would he act as a crossbencher if he was successful?

“I’d look at everything on its merits.

“I definitely will not support any deal the Government makes that is not in the best interest of the people of Dobell.”

One Nation will hold a ‘Meet the Candidate’ event on Sunday April 24 at Wyong Race Club function centre in the Lord Hybrow lounge from 12 noon with  Special guest NSW One Nation Party Leader Mark Latham MLC.

CCN has offered all candidates for Dobell the opportunity for interview.

4 Comments on "One Nation candidate says community has had enough"