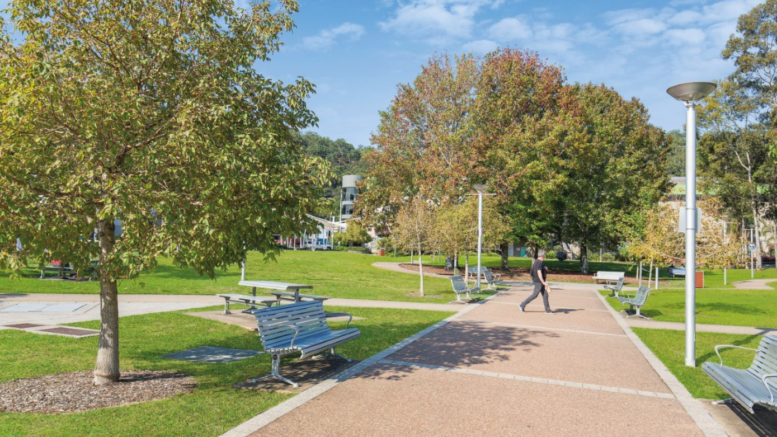 As part of the upgrade, the unique John Flakelar-created sculpture, currently part of the decommissioned fountain, will be relocated to Sensory Park, Narara.

He said there had been community discussion about the future of the fountain in Kibble Park, which has not operated since 2016.

“An assessment of the cost to refurbish the fountain and surrounding degraded area revealed it would not provide good value to the community or use of ratepayers’ money,” he said.

“By removing the fountain and levelling this space, it will make it more accessible and usable for events and community activities.

“However, strong feedback from the community was that there needed to be a plan for the future of the sculpture, which was commissioned by local artist, the late John Flakelar, to commemorate the International Year of the Family.”

Hart said relocating the sculpture to the revitalised Sensory Park at Narara would respect its original intention and allow for a creative re-integration of the work in a public space.

The sculpture will form the centrepiece of a newly designed labyrinth pathway, aimed at encouraging children and families to explore and interact with the artwork.

The installation will also include solar lighting to help highlight the sculpture.

Hart said public art was identified in the Community Strategic Plan and the Regional Cultural Plan as an important part of the region’s identity.

“Council will be running a community forum on public art in June and will be inviting members of the community to be part of a public art reference group.”

He said refurbishment work at both Kibble and Sensory Parks was funded in the Council Operational Plan.