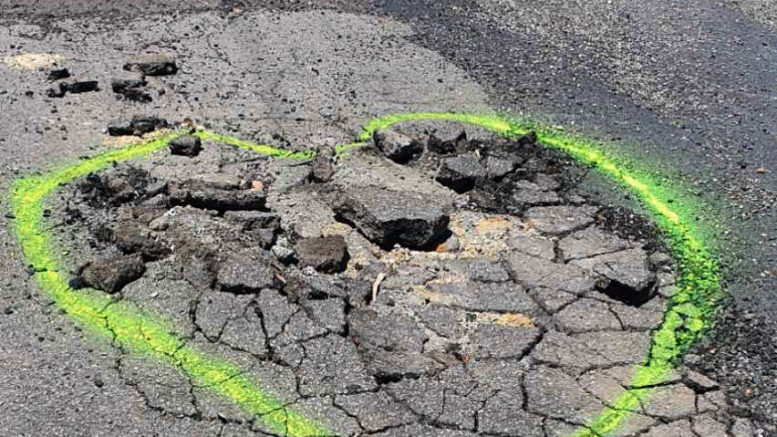 Local potholes are being marked by locals to warn motorists.

As I have remarked here before, it can be quite illuminating reading a major “Big Smoke” newspaper such as the Sydney Morning Herald.

In this case a study was performed of the number of calls to the NRMA for tyre and wheel damage from potholes for February 2022 and March 2022.

Bottom of the list for both months was the well-heeled Ku-Ring-Gai Council at 225 and 407 respectively.

Come on Central Coast Council, we shouldn’t have to resort to Sydney newspapers to learn about your failings.

On another note, I was aghast to read of dog baits being found in North Gosford (CCN #338) – that street corner is remarkably close to where I live (yet I don’t even own a dog) so I shall certainly keep an eye out in future.