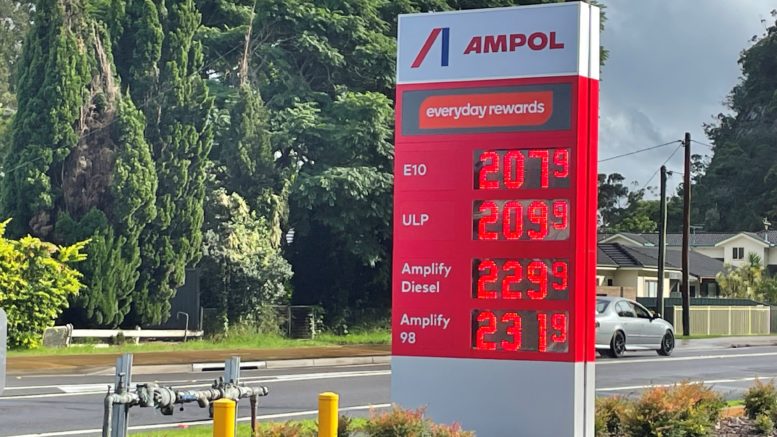 Motorists will gain the advantage, for a brief period, of a temporary reduction in excise duty – which might or might not flow through to consumers, depending on the reliability of the oil companies in passing on this windfall, after which the price will, presumably, revert to current levels.

Apart from the political backlash that is sure to ensue when the concession is withdrawn, how will the Government make up the revenue shortfall, which will be substantial?

It will mean cuts in services, increased borrowings or deepening debt (or all three), so motorists will still wind up paying for this measly handout in ways that they might find even less palatable than bearing the price at the pump.

This is the old sleight-of-hand trick of appearing to confer a benefit while not mentioning that the recipient will suffer in other ways.

Pensioners and job-seekers will receive a derisory single payment of $250 to boost their lifestyle, at a time when the JobSeeker payment is below poverty level and falling even further behind with increasing inflation.

This supplement of 68 cents a day is little more than an insult and is obviously only intended to allow SloMo to say he is doing “something” about the plight of low-income earners, after a decade of doing nothing.

A similar thing might be said about the tax offset, which will mean that “some people may get up to $1,500 back”. However, what it will mean in reality is most people will get very little and a good number will get nothing at all.

This is from a Government that has enacted massive tax reductions for the wealthy and skewed the tax system so the richest pay little in tax or, in many cases, nothing at all.

As for the first home buyer grant, we have ample evidence the only effect of these handouts is to push prices even higher and make the accumulation of a deposit even further out of reach for the average citizen.

It is a flashy gesture that will benefit real-estate speculators (no doubt, Government supporters) but is completely meaningless in the overall context of the housing problem, which the Government obviously prefers to keep on the back burner as “too hard”.

It is interesting that, in a period of no immigration, house prices have continued to rise dramatically, showing it is not growth in migrant population (so commonly blamed) generating overheated increases in the market.

The Government is, of course, terrified that any attempt to correct the market will result in a fall in values, thus detrimentally affecting its main electoral base.

With respect to other measures of importance, the changes in parental leave (the stingiest in the OECD) will have no impact, because the amounts being paid will be insufficient for an ordinary wage-earner to live on; the budget of agencies dealing with climate change will be cut by 35 per cent (pretty clear evidence of the strength of SloMo’s commitment to net zero emissions); there is no provision for improvement of the aged-care system, which is in desperate straits now and will become even more integral to our social balance, as the population ages; and no attempt has been made to tackle the home-care crisis, which forces aged-care responsibilities onto families and voluntary carers who are already over-stretched so the Government can show budget “economies”.

On the other hand, we have tens of billions of dollars in concealed pork-barrelling funds, hidden as unspecified “regional projects”, ready to be rolled out in marginal electorates.

What is disheartening is the Opposition seems to have little to offer as an alternative. SloMo’s jibe that Albanese hopes to slide into office unnoticed has some potency: what is the point of changing the Government when the Opposition is pretty much only offering more of the same?

Of course, there are small points of difference.

It does appear the Opposition has some intention of establishing the Integrity Commission that SloMo promised in 2019 and has (not surprisingly, given the performance of many of his MPs) shied away from ever since.

Also, some members of Labor appear to have a bit of a clue about the subtlety of our relations with China, which cannot be said for the Government.

Would these distinctions be enough to swing the vote?