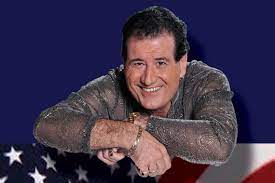 Walter Ciappara stars in The Boy From New Jersey

The life of Fankie Valli is the basis for a new musical production, The Boy From New Jersey, coming to Laycock St Community Theatre next month.

The front man of the Four Seasons since 1960, Valli is known for his unusually powerful lead falsetto voice.

As a member of the Four Seasons, Valli’s number-one hits include Sherry, Big Girls Don’t Cry, Walk Like a Man and December, 1963 (Oh, What a Night).

As a solo artist, Valli scored number-one hits with the songs My Eyes Adored You and Grease.

Valli has appeared in a variety of television shows and in 2012 made his Broadway debut with a week-long concert engagement.

From March 2016 to January 2017, Frankie Valli and the Four Seasons toured the US and in October 2016, Valli released his first solo album in nine years, ‘Tis the Seasons, in which he covers some of his favourite Christmas songs.

Frankie Valli and the Four Seasons continued touring in 2018 and 2019 with a new line-up until the COVID-19 pandemic saw the cancellation of all touring plans.

The musical journey through Valli’s musical career is headlined by vocalist Walter Ciappara.

He has been showcasing his falsetto voice as Frankie Valli for more than 12 years.

The show will give audiences an insight Valli’s amazing life and the wonderful songs that enraptured the world.

Then show will play at Laycock St Community Theatre at 8pm on Saturday, April 9.