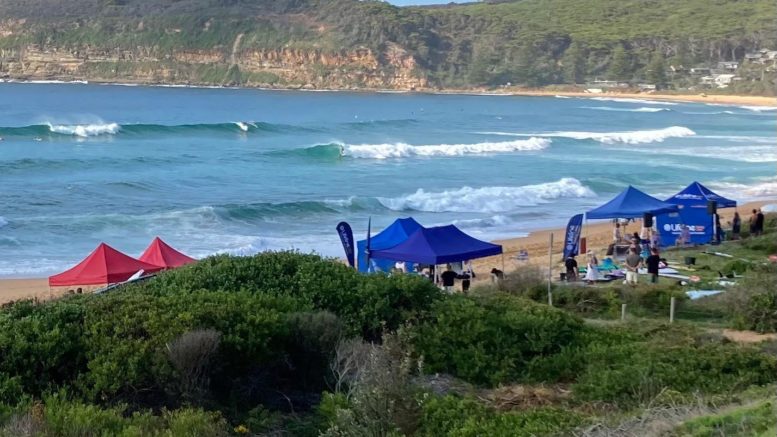 The Longboard Challenge was held at Copacabana

A charity longboard event held at Copacabana has raised $3,500 for Lifeline Central Coast.

Representatives of the three clubs and event sponsors presented the cheque to Lifeline on Tuesday, March 8, at Avoca Beach Surf (shop).

A Lifeline spokesperson said the much-needed funds will cover the cost of training a crisis support worker.

“In 2021, the demand for our services from the community was up 25 per cent and this demand continues to grow within our local community,” the spokesperson said.

“Lifeline Central Coast has a proud history of being ‘in community, for community and with community’.

“With so much uncertainty, anxiety and stress in the community, Lifeline has never been needed as much as it is right now.

“On New Year’s Day, Lifeline received 3,726 calls to our crisis support service, our highest ever number of calls in a single day.”