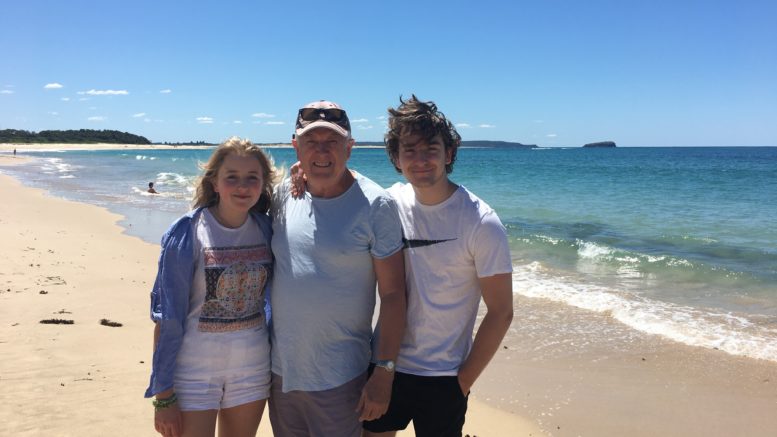 Feneley with kids Hannah and Bryn.

Dr Michael Feneley AM has been named the Liberal candidate for the seat of Dobell, running against Labor incumbent Emma McBride MP and Greens’ Scott Rickard, among others.

Feneley previously stood as the Liberal Party candidate in the 2010 and 2016 federal elections in the seat of Kingsford Smith, long held by Labor MPs Peter Garrett and Matt Thistlethwaite.

Feneley was also named the candidate for Liberal preselection for in the 2018 Wentworth by-election.

That seat was ultimately won by independent candidate Kerryn Phelps.

As a member of the Morrison team, Dr Feneley said he will focus on economic support for local businesses, particularly the tourism industry, better amenities and infrastructure, and more education and job opportunities for the Coast’s young people.

“Dobell needs a strong voice, someone who will listen and advocate for the community in federal parliament,” Dr Feneley said.

Feneley is Clinical Director of the Heart Lung Clinical Stream and Cardiology at St Vincent’s Hospital and a senior medical researcher at the Victor Chang Cardiac Research Institute.

He received an Order of Australia in 2012 for his service to medical research, leadership and education.

Dr Feneley said that, if elected, he will work hard to secure Central Coast’s economic recovery, and a better future for local families and businesses.

Labor’s Emma McBride has held the seat since 2016.

It is believed that the Liberal party also considered Jemima Gleeson, the owner of Glee Coffee Rosters in Ourimbah, and former Test cricketer Nathan Bracken as potential candidates for Dobell.