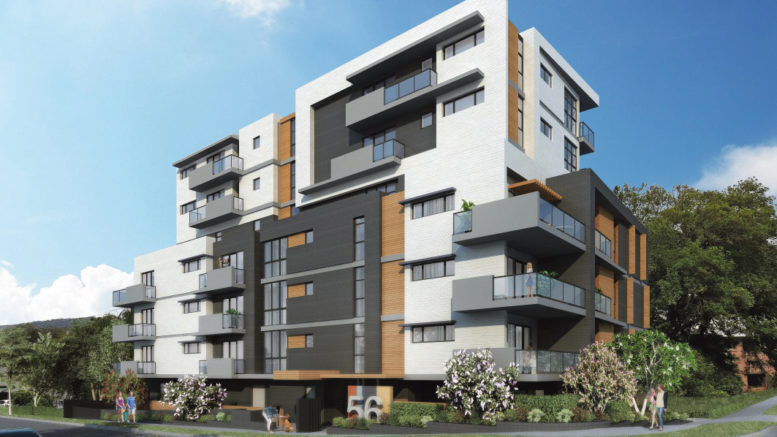 Social Futures is calling for more social housing projects, such as this one in Beane St, Gosford

Research done for Central Coast Council has shown that housing stress is higher on the Central Coast than in regional NSW or Greater Sydney.

The Budgewoi ward had the highest level of mortgage stress on the Coast.

The housing stress is divided between rental stress and mortgage stress.

Both are defined as households in the lowest 40% of incomes, paying more than 30% of their usual gross weekly income on rent.

Over time, rental stress increased on the Central Coast and in the benchmark areas of Greater Sydney and Regional NSW.

Most council wards within the Central Coast have higher rates of rental stress than all of Regional NSW and Greater Sydney.

“This information suggests that increased rent could exacerbate rental stress differently within the Central Coast as a proxy of landlords passing on rate increases to tenants,” the report said.

This 29% increase was higher than the rental payment increase in Regional NSW (28%) or Greater Sydney (24%).

The story was similar for mortgage stress.

In 2016, 9.9% of households on the Coast with a mortgage experienced mortgage stress. This percentage represents 4,096 households.

The Budgewoi Ward had the highest proportion of households in mortgage stress in 2016 – 10.1%.

There were 824 households in mortgage stress in the Budgewoi Ward in absolute numbers.

This is followed by the Wyong Ward, where 8.8% of households with a mortgage experienced mortgage stress.

The Gosford East Ward had the lowest percentage of households in mortgage stress, 6.5%.

The information is based on ABS 2016 figures and comes from a report prepared by .ID Informed Decisions for Council.

It formed one of the 28 documents Council recently submitted to IPART in its application for a special rate variation.

Council has applied to IPART to extend the current temporary special variation to “repay the outstanding balance of the $150 million in emergency loans obtained to resolve the financial crisis and to secure Council’s financial sustainability”.

IPART says Councils are required to demonstrate the need for the additional revenue, evidence of community consultation and an assessment of the impact on affected ratepayers.

Community members had until March 7 to make their own responses directly to IPART and a decision is expected in Mid May.

You can read the entire Council submission – a total of  28 documents – on the IPART website.