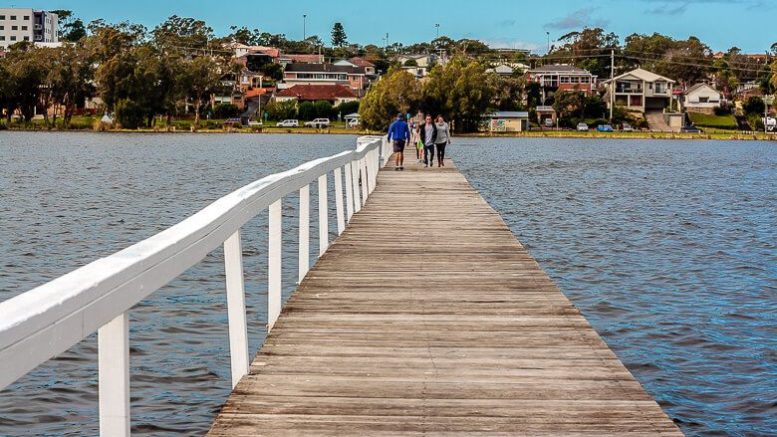 Long Jetty’s Archobold Road jetty – the historic jetty the area is named after – is scheduled this week for what is hoped will be a final round of repairs.

In a letter to Member for The Entrance David Mehan, Council confirmed that works will be undertaken from 23 March to fix the jetty.

Residents have alerted the Council and Mehan several times since 22 March last year when the floods resulted in substantial damage to the jetty.

Local resident John Millar, who lives on Tuggerah Parade, said the deteriorating condition of the jetty is an utter disgrace.

“It was one year ago when the floods really did some damage,” he said.

Despite the community pushing Mehan and the Council to take urgent action, it took some months before Council could confirm its plans.

In July last year, Council advised that an assessment had been undertaken by its Bridges and Wharves team to determine the extent of the repair works required and to develop concept plans.

Following this, an environmental assessment and permit application was prepared for the Department of Primary Industries (DPI) Fisheries to review and approve.

DPI is said to have delayed the approval of the permit application.

In the letter to Mehan, Council said that a barge will return on 23 March “depending on the weather and lake height”.

It goes on to say that the materials are being transported from Grafton and that inclement weather and flooding could inhibit transportation and delay the project.