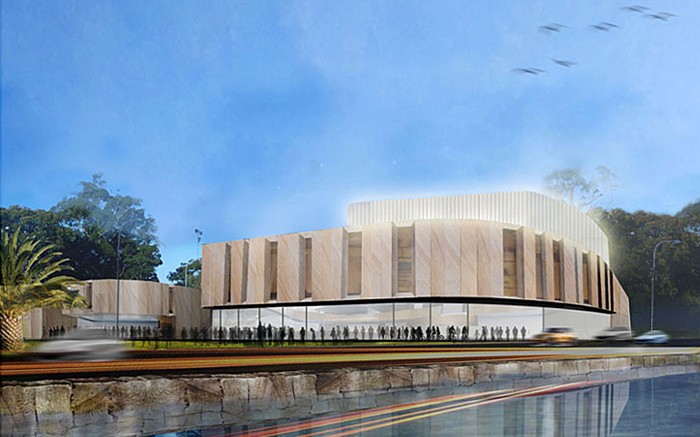 Artist's impression of a possible Performing Arts Centre once imagined at poppy park, opposite the waterfront at Goford and then later in Mann St, Gosford and now shelved. Image archive October 2015

Central Coast Council has admitted that a report to the Administrator Rik Hart tabled on March 22 contained wrong information.

The matter dealt with Council changing the classification of 73-75 Mann St Gosford which had in the past been earmarked for the coast’s cultural precinct including the Regional Performing Arts and Convention Centre (RPACC).

The latest staff report to the Council-under-administration meeting said the Council was looking at new sites to locate the RPACC.

The exact words in the report were: “Council is reviewing plans for the Regional Performing Arts Centre. The site for the RPACC will not be developed on any of the land previously identified for the Cultural Precinct and other locations are now being considered.”

CCN asked Council for details on who was conducting the review, what other locations were being considered and if Federal or State Government grants were in danger of being lost if Council didn’t begin on the RPACC.

Council replied: “There was an error in this Council report.  The Performing Arts Centre Gosford project is not progressing at this stage. There is no funding agreement signed with the Federal or State Government to construct a performing arts centre in Gosford.”

In September 2019, Council withdrew from any further work on the Gosford Cultural Precinct and proceeded with a stand-alone Regional Library which will now be developed on the site of the Parkside Building in Gosford at 123A Donnison Street.

Meanwhile, the land at 73-75 Mann St, which was the main focus of the report, is being reclassified from community to operational land so it can be sold to the State Government as part of the recently announced TAFE plan that includes the former Gosford Council chambers.