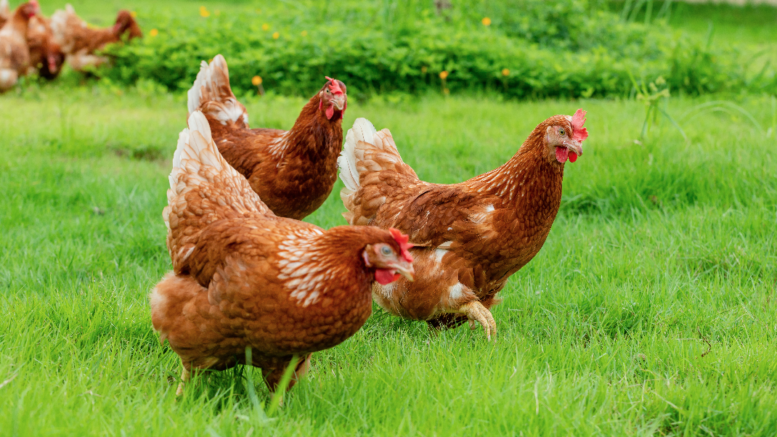 We’re venturing into new territory here on the column and discussing the importance of sourcing quality meat, with plenty of practical tips and advice to help you along the way.

I’d mentioned last week that when it comes to meat quality, there are far greater discrepancies within the spectrum for pork and chicken than there are for ruminants like cattle and sheep.

I thought I’d spend this week focusing on a few of the labels associated with chicken meat, to highlight how misleading they can be, as well as what really matters when it comes to discerning quality.

Of the meat chickens that are produced commercially, there are two distinct methods for raising them. It’s this single dividing factor that is the biggest determinant of the health of the bird and the resulting product.

It’s whether or not the chicken has been genuinely pasture-raised, spending the bulk of its life outdoors on fresh grasses and with the ability to express every one of its instinctive behaviours.

There are a range of alternatives to this optimal life for a chicken, but let’s come back to this after touching on role their diet plays in creating robust health.

Just like mercury accumulates in the tissues of fish and is passed up the food chain, nutrients ‘bio-accumulate’ in exactly the same way. When we consume the meat of any healthy, well-nourished animal, all those valuable nutrients from the pasture they’ve grazed on are passed on to us.

When it comes to our own health, most of us understand the importance of including a wide variety of fresh produce in our diet, but we rarely stop to think that animals require the same diversity in theirs.

Eating an unvaried diet of just one type of plant, or worse, not having access to any fresh, living plant foods at all, spells disaster for their health – just as it would for ours.

So, what do chickens eat?

Chickens are actually omnivores, like humans! Raising chickens on their optimal diet is what creates a healthy bird with nutrient dense meat. They thrive on a diverse diet of lush grasses and weeds, grains and seeds, insects, worms, snails and even small animals like frogs, mice and snakes!

These foods offer differing types and amounts of important nutrients – the full spectrum of which are fundamental to robust health. Ideally, in nature, these foods would be consumed in their raw and unprocessed state to retain their peak nutritional value.

Foraging is the most natural way for chickens to eat. Being served food in bulk from a feeder doesn’t quite provide the same satisfaction as their natural tendency to forage, provides. If this is their only way of accessing food – we are robbing them of an opportunity to express an instinctive and rewarding behaviour.

No matter which type of farm they’re sourced from, processed commercial feed routinely makes up a portion of their diet. Pastured birds consume a much smaller percentage of commercial feed than their free-range and factory farmed counterparts.

There is a huge variation in the quality of the feed on the market, but for the most part, commercial feed consists of:

This food mixture is ‘steam pelleted’, which reduces its nutritional value.

What does pasture-raised really mean?

So, let’s compare the differences between chickens raised in their natural habitat (and with instinctive behaviours intact), vs those that aren’t.

Industrially farmed (including most free-range) chickens:

Whilst the research is yet to catch up in this area, a chicken which has spent its life medicated and fed a processed and nutrient deficient diet, in a continual state of stress due to poor living conditions is unlikely to yield a nutritious end product.

What’s in a label?

Unfortunately, there is no legal definition of the term ‘free range’ in Australia so standards can vary wildly. They generally only require ‘access’ to the outdoors and if the animals are not moved and rotated onto fresh pasture frequently, this outside area is simply bare dirt.

An ‘organic’ label merely means that chickens have been fed organic feed, which guarantees that it’s free from genetic modification and Glyphosate contamination. However, aside from that, the birds are can be produced in a similar way to other industrially farmed birds, merely with lower stocking densities.

So, what is the answer?

Unfortunately, given that the term ‘pastured’ is unregulated, the true extent of animal health and meat quality simply cannot be determined by a label. A much more reliable method is to locate producers directly or find suppliers who stock local products and ask them questions about how the animal was raised and fed.

And bear in mind that robust, healthy chickens don’t only yield a more nutritious end product – a good diet and stress-free life creates superior flavour and texture. In fact, once you’ve tasted the meat from genuinely pasture-raised birds, I can guarantee – you’ll never look back!

Stay tuned for next week as we explore some of the lesser known benefits of rotational grazing with local producer Shannon Kelly from Full Circle Farm.