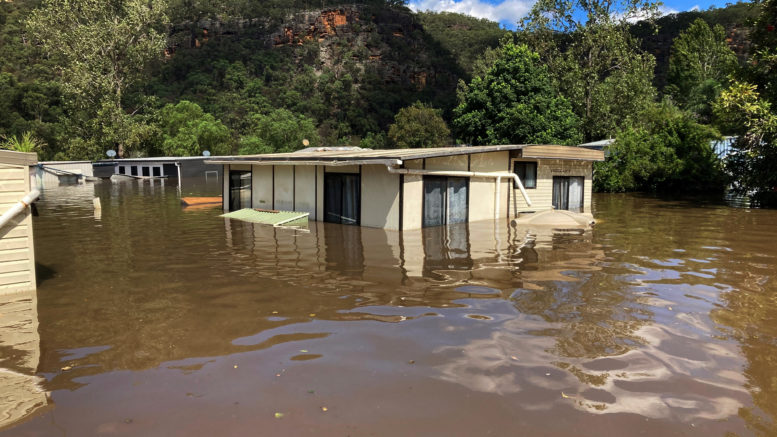 Spencer was inundated by flood waters during storms in March 2021. CCN Archive

The NSW Government has issued a disaster relief declaration for many parts of coastal NSW, including the Central Coast Local Government Area.

Parliamentary Secretary for the Central Coast Adam Crouch MP said “I can confirm that the Central Coast has been included in the Natural Disaster Declaration which will allow those affected in our community eligible for flood assistance.”

Shadow Minister for the Central Coast David Harris MP said “Our Offices were getting lots of reports that Central Coast people weren’t eligible. That’s now changed after the Government added the Coast to affected LGAs.

“I wrote to the Minister on behalf of my colleagues last week and Shadow Minister Jihad Dib MP raised our concerns at a meeting yesterday. I thank the Minister for listening to the concerns of our residents.

The grant assistance is specifically for the NSW Severe Weather and Flooding from 22 February 2022 onwards.

Not-for-profit organisations:
Concessional loans up to $25,000

If your home or essential household contents were damaged or destroyed by a natural disaster, you may be eligible for the Disaster Relief Grant for individuals.

The financial assistance is provided to help people to recover from the effects of a disaster and re-establish a basic standard of living. It is not provided to replace insurance or compensate for losses.