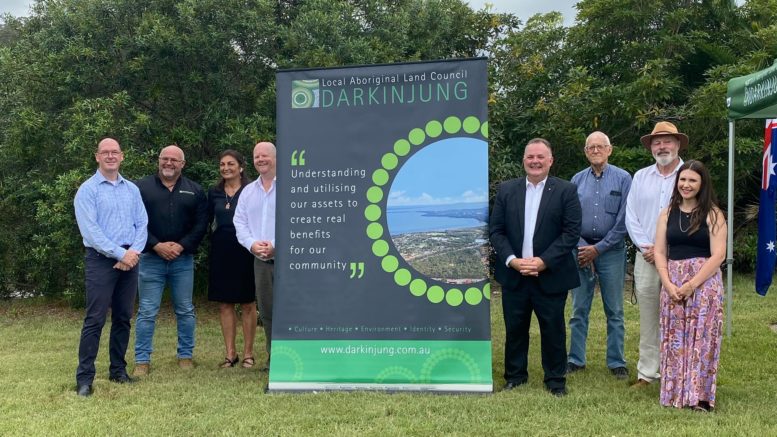 The announcement was made on January 31

An announcement that the State Government and Darkinjung Local Aboriginal Land Council (DLALC) are in talks over the possible transfer of ownership of Peat Island to the Land Council has met fierce opposition from Traditional Bloodline Owners.

The Government and DLALC announced a statement of intent to negotiate the potential transfer of ownership of the island earlier this week.

DLALC’s plans for the island would include the possible development of an Aboriginal Discovery Centre and Indigenous Walking Path as well as cultural tourism opportunities to capture and help preserve the rich Aboriginal cultural heritage on and surrounding the island.

Minister for Planning and Homes, Anthony Roberts, said the move would aim to reunite the site with the custodians of the land, ensuring it will be preserved and acknowledged well into the future.

Parliamentary Secretary for the Central Coast, Adam Crouch, said the statement of intent marked another step forward in reconciliation.

“The Government recognises the significance of Peat Island, in both its Indigenous and European histories, and the impact it has had on all Australians over the last hundred years,” Crouch said.

“Working with the Darkinjung Local Aboriginal Land Council gives us an opportunity to partner with a local land council to pay respect to these shared histories.

“We are also working closely with local community representatives to establish a memorial in the proposed chapel precinct to remember the residents of the island’s institutional past.”

DLALC  Chairperson, B J Duncan, said the move would benefit the local Aboriginal community and all Coast residents.

“We will create something that showcases and preserves Aboriginal culture and contemporary Australian history in a way that respects the past use of Peat Island and its former residents,” he said.

“Peat Island can become a centrepiece of Australia’s cultural tourism in NSW.”

DLALC CEO, Brendan Moyle, said the Land Council and the State Government were building a strong partnership, with a number of land claims under negotiation.

“The broader Aboriginal community on the Coast is being heard,” he said.

“This is an opportunity to showcase ancient history and how Aboriginal culture has grown over the centuries.

“People think they have to travel to Uluru to experience Aboriginal culture but we have plenty of it right here.”

“Our ancestors called the Hawkesbury River Dyarrubin; it was a place where all the Guringai clans and our neighbours the Dharug would come together for ceremony and to enjoy the abundance of natural resources it provides,” she said.

“In recent years we have been meeting in this area and have continued our ceremonies in order to reactivate and maintain our deep connection to Dyarrubin.

“To have the land of our ancestors palmed off by the State Government to the DLALC is a slap in the face to those who have an ancient cultural connection to this very special place.”

Howie said the government was well aware of the Guringai’s intention to use the Peat Island area for traditional purposes.

“Sadly, yet again the Bloodline Descendants are disenfranchised and denied an opportunity for future generations on so many levels,” she said.

Howie said Bloodline Descendants of the Guringai would like to see the island turned into a Site of Conscience – a place of memory dedicated to the people who lived and were traumatised in the area.

“There would be walking tours but that would be the commercial limit,” she said.

The exact amount of land which would be transferred is still being finalised.

It could include a small parcel adjacent to the island itself, but will not embrace an area of the larger Peat Island precinct earmarked in the State Government’s current Planning Proposal for housing.

That process continues, with Central Coast Council and the State Government reviewing submissions lodged during the public exhibition period.

Crouch said “responsible sustainable development” was part of the Government’s plan for projected population increases on the Coast.

He said some modifications to the proposal had already been made, with a marina no longer included in the master plan.