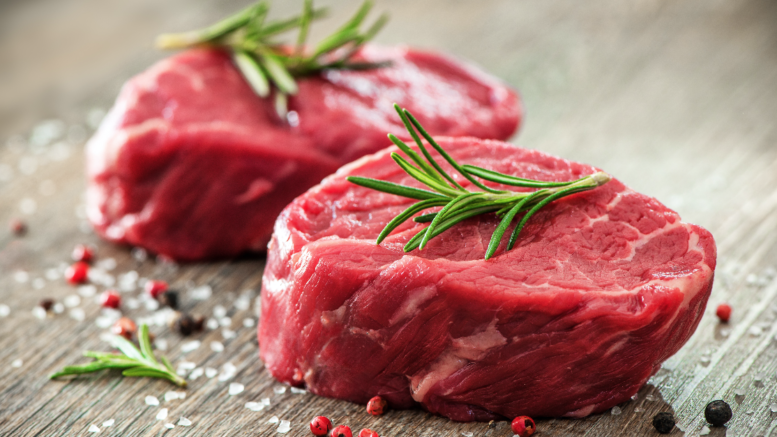 We’re venturing into new territory over the next few weeks and discussing the importance of sourcing quality meat, with plenty of practical tips and advice around how to go about it – even if you’re not across all the labels and faddish marketing claims and what they actually mean.

We’ll touch on labels next week – but trust me, there are shortcuts to finding the best available products and labels are virtually useless in the process!

You may not be aware that when it comes to animal products, we’re sitting in a gloriously abundant food bowl here on the coast – surrounded by some of the best farms you could hope for.

I’d hazard a guess that most people who source their meat at the supermarket, do so merely by default. They may not even realise that there are ways to access vastly superior local products which are significantly healthier and far more flavourful to boot.

The majority of our local farmers offer convenient shopping, with some of the bigger ones even equipped for online shopping with home delivery.

So, what’s the catch, then?

Most people assume that it’s more expensive to shop this way, but it depends entirely on the type, cut and amount of meat that you buy.

For example, I often purchase certified biodynamic lamb from Moorlands – a farm down in the Southern tablelands who produce what is arguably the best lamb in the country. Vince is a sixth-generation sheep farmer who took out the gold medal in the Delicious awards last year.

When I compare the prime cuts to the prices in the big supermarkets – they’re generally around half the price!

So, is there a catch?

In a nutshell, no – aside from taking the plunge and learning how to shop this way. It isn’t hard but takes some initiative and a few minor adjustments, such as storing your meat in the freezer rather than buying it fresh every few days. A small extra freezer in the garage can make this process pretty seamless.

Why does sourcing quality matter?

Given the fact that this is a huge, sprawling maze of a topic, in order to keep things simple, I’ll opt to frame it primarily through the lens of health.

The good news is that whenever we shop with health in mind, we’re invariably voting for agricultural practices which help restore the topsoil, sequester carbon and improve the local water cycle (which helps reduce the incidence of drought).

And by default, the most health-supportive products come from animals which have been raised in the most ethical way, in terms of animal welfare.

Possibly the most overlooked benefit of supporting small-scale family farms instead of the big supermarket chains is the fact that it bolsters the local economy and local food security. And let’s face it, you’d be hard-pressed to find a better time to invest locally than when we’re on the brink of war.

There appears to be a decent understanding of the benefits of organic or spray-free, locally farmed produce among the general public.

However, from my observations, there’s still a widespread underestimation of the degree to which the diet, lifestyle and resulting health of the animals that people consume, impacts their own health.

Nutrients and toxins concentrate as we go higher up the food chain.

Most of us can easily grasp the idea that if plants are grown in depleted soils, they wont thrive or provide an optimal spectrum of nutrients when we consume them. By the same token, animals who graze on subpar plants in poor soils will not accumulate nutrients or produce healthy tissues relative to those who do. It’s an extension of the same concept.

If we eat a plant which has been sprayed with harmful pesticides, those toxins are passed on to our bodies and need to be detoxified and excreted so as not to cause harm. This happens effectively when we’re healthy. If we’re stressed, malnourished and generally in poor health, toxins are more likely to be stored in our tissues.

The same is true for animals. Healthy animals are more likely to detoxify efficiently, whereas stressed, sickly animals wont and studies have shown that the toxins tend to accumulate most in their fat and organs.

An animal with the rare privilege of enjoying a nutrient dense, biologically appropriate diet and stress-free existence – one which allowed them to express their innate, instinctive behaviours throughout the course of their life – is going to provide a far healthier product as a result.

What does your food eat?

Whenever we deviate from feeding animals (including humans) their biologically appropriate diet, their health suffers – to varying degrees, depending on the circumstances.

In Australia, there are much smaller discrepancies found in beef and lamb quality than there are with pork and poultry. This is because, unlike in some other parts of the world, cattle and sheep are predominantly grass-fed here and raised in an outdoor environment.

When it comes to pork and poultry, there is a broader scope of factors that affect their health and therefore a much bigger difference in meat quality at either end of the spectrum.

In the industrial model, these animals are more likely to be raised in large, overcrowded sheds with artificial lighting and limited access to the outdoors – a notoriously high stress environment which provides minimal opportunity to express their instinctive habits.

Pigs and birds in large-scale intensive operations are often fed a much larger portion of processed foods, which is a far cry from what they would be eating in their natural habitat. Their feed is based on genetically modified grains and legumes which have been doused in glyphosate prior to harvest time (a routine practice called ‘dessication’).

This is a whole conversation unto itself, but the key takeaway is that if you’re concerned with quality – whether it be for health, animal welfare or environmental reasons – it’s essential to prioritise where you source your pork and poultry.

Beyond ‘grass fed’ and ‘organic’

Having been passionate about the link between food and health for many years, I’ve learnt that labels can be very misleading and are often quite irrelevant when you get deeper into the process of investigating.

Over the next few weeks we’ll be exploring the concepts of regenerative agriculture and holistic land management and learning why these methods are so beneficial across the board – to the soil, the animal, the farmer and the consumer.