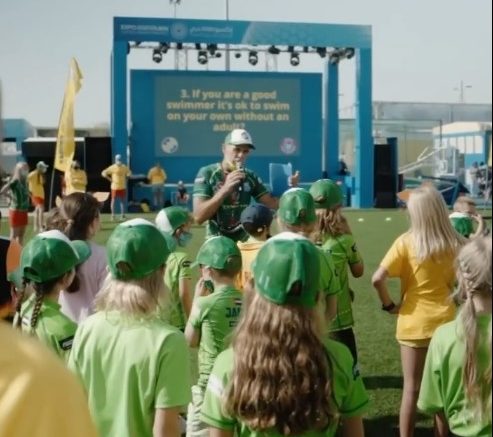 A former Killcare sprint and beach relay legend has been instrumental in setting up a surf life saving beach education program in Dubai.

With support from SLSA as part of its 2025 Strategic Plan to support drowning prevention internationally, the Vikings gave Australian Pavilion visitors at the expo a taste of surf lifesaving.

To help celebrate all things sport for National Day, the Vikings showcased this with fun lifesaving races and a valuable water safety message.