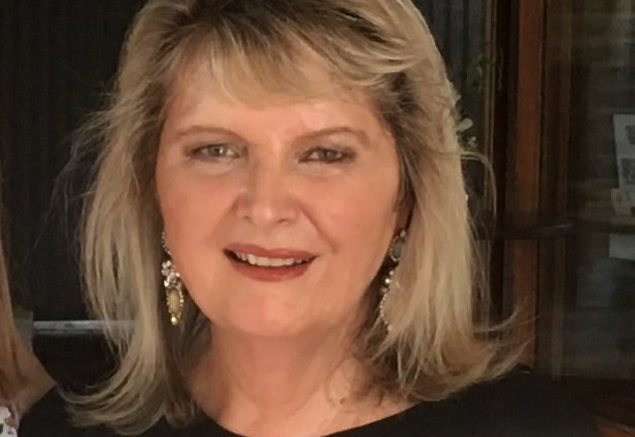 Citizen of the Year, Robyn Downham

Founder of the River Cares group at Spencer, Robyn Downham, has been named as the Central Coast citizen of the Year.

She was one of 12 outstanding citizens recognised at an online Australia Day awards ceremony on January 19.

With many in the Spencer community feeling isolated and overwhelmed following severe bushfires and floods over the past few years, Downham started the River Cares Group in 2020, supported by Jane McCallum.

Under Downham’s leadership, the group has launched successful community information days, raised funds for defibrillators to be placed along the river and delivered workshops on disaster preparedness, and healthy ageing.

Downham said winning the award was “a total surprise”.

“I didn’t even know I had been nominated until the day of the awards and when my name was called as winner I was shellshocked – gobsmacked,” she said.

“I had to replay it to make sure I had heard correctly.

“It’s wonderful to have that recognition; what an honour.

“I work hard because I am passionate about the community and want to give back.

“Give me a challenge and I do not let it go.

“When you get acknowledged like this, it makes it all worthwhile; I feel very humbled.”

Known for mentoring others in the theatre community, Davis has been recognised by the Association of Community Theatre, the peak body for community theatre in NSW, and was inducted into its Hall of Fame.

The business was established to assist local charities affected by the ongoing COVID-19 pandemic, with a percentage of profits going to a different not-for-profit organisation each month.

Highly commended in the same category was Christine Mastello, whose Southlakes Incorporated charity has helped thousands of people in need.

Winner of the Community Service and Activity award was Con Ryan, who was the driving force in establishing the now celebrated 5 Lands Walk.

From small beginnings in 2006, the event has grown each year and now attracts more than 21,000 participants with more than 700 volunteers providing services and displays.

Highly commended in the same category was Steev Hassall, a Manager at the Bateau Bay Neighbourhood Centre, which provides emotional support, meal support, clothing, domestic violence, and financial support, as well as an abundance of activities for children and families.

Debbie Sunartha won the Environmental Award for her contributions to the environment on the Peninsula.

Joint winners of the Volunteer of the Year award were Gail Ransley and Jenny Cameron.

Phoebe Sheridan was named Youth of the Year.

The 17-year-old St Joseph’s College student has immersed herself in a range of social justice and advocacy roles.

Highly commended in the same category was Jayden Redfern, a 16-year-old key member of the Terrigal Surf Life Saving Club.

Sheridan and Redfern were both members of the 2021 Regional Youth Taskforce – a Ministerial advisory group with a direct line into the NSW Government.

Council Unit Manger Community and Culture, Glenn Cannard, said the annual awards are a chance to recognise the achievements of individuals who have made a positive contribution to the Central Coast community.

“I would like to congratulate our nine winners and three highly commended recipients on receiving this honour and thank them for their ongoing contributions to our community,” Cannard said.

“Our Citizen of the Year for 2022, Robyn Downham is undoubtedly a worthy recipient of this award and epitomises the true meaning of community spirit.”

Council Administrator, Rik Hart, said to be recognised for work and contribution to the local community at such a level is a great achievement, and something all winners and nominees should be proud of.

“Although many of us are still experiencing challenging times due to the ongoing pandemic, it is important that we continue to recognise those making outstanding contributions within our community and undoubtedly positively impacting the lives of many locals,” he said.

“In turn, I would also like to pay special acknowledgment to the Coast’s Indigenous community, the Darkinjung people, who play an extremely important role in shaping the future of our region.”