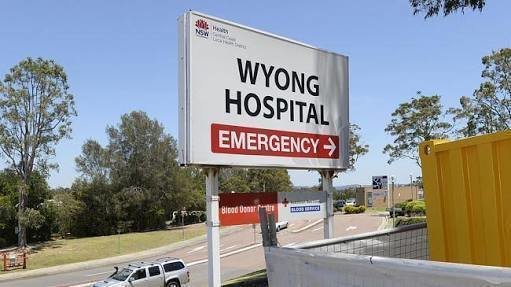 Recorded COVID cases on the Central Coast over the Christmas-New Year break were in the vicinity of 8-9,000 but Central Coast Local Health District (CCLHD) CEO, Scott McLachlan, says in reality the numbers are probably around three times that.

CCN can report that there have been six COVID-related deaths on the Coast since December 27.

On December 27 a woman in her 90s died Wyong hospital, she had received two doses of vaccine and had underlying health conditions.

Then on December 30 a woman in her 70s passed away at Gosford hospital who had not been vaccinated and had underlying health conditions.

A woman in her 80s passed away on January 5 in Gosford hospital where she acquired the infection.

She had received two doses of vaccine.

On January 9 a man in his 70s who died at Gosford Hospital was not vaccinated and had significant underlying health conditions.

The latest COVID death to be reported on the Coast at the time of going to press was a man in his 80s who died at Gosford Hospital from cancer.

He had two doses of the vaccine but he was COVID-positive at the time of his passing.

On Wednesday, January 12 the sixth death from the latest COVID surge occurred on the Coast – thus far recorded as a ‘person from the Central Coast’ – no other details are available at the time of going to press.

CCN send our condolences to all families and loved ones of those who have passed.

“Unfortunately it was a time when a lot of people needed to get tested which put added pressure on the public clinics.

“Our staff did an amazing job working up to 12 hours a day to get people tested.”

McLachlan acknowledged queues were constantly lengthy and results were taking five or six days on average to be delivered.

“A lot of people were testing positive so fewer tests could be grouped together which meant the results were taking a long time to get out,” he said.

McLachlan said the situation had improved slightly with the private providers back on deck, but there is still a wait of three-four days for results.

“The case numbers are really an under-representation because many people haven’t been able to get a PCR test and there has been a shortage of Rapid Antigen Tests (RATs) available,” he said.

“The virus is spreading through our community and it is likely most of us will get COVID in coming weeks.”

McLachlan said a huge supply of RATs expected in the region over the coming week and a reporting system now being finalised through Service NSW would allow for a more accurate count.

As at January 11, there were 50 people in Gosford and Wyong Hospitals, six of them in intensive care.

“Very few people are getting really sick and that’s a positive,” he said.

“People getting their booster vaccination as they become eligible will be crucial.”