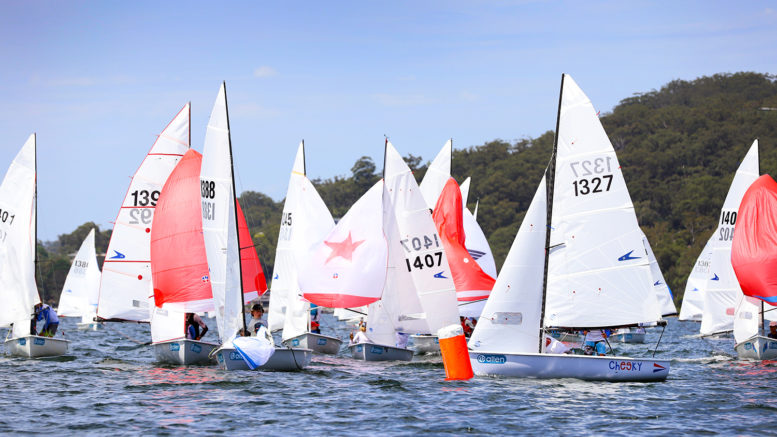 With Queensland to host the Olympic sailing a decade from now, it’s possible that some of our future representatives were competing in the Allen Flying 11 Australian Championships at Gosford Sailing Club recently.

Watching the 2000 Games in Sydney ignited the passion of Gosford local Tom Slingsby, who went on to win multiple consecutive world championships and Olympic gold in the Laser class, and Brisbane should provide a similar incentive.

Right now the talented sailors of 2032 are likely aged 10-15, with the two-handed class a highly competitive, high performance training platform for both the 49er and 470.

Those who have progressed through the class into the Olympic realm include Malcolm Page, Nathan Wilmot, Nathan Outteridge, Iain Jensen, Olivia Price, Nina Curtis and Katie Spithill, along with Iain Murray, Michael Coxon and Adam Beashel.

Marshall Day, 13, of Lake Macquarie took the top trophy in the championships with Leo Pirret.

Manly’s Sam Stodart finished runner-up for a second year after being pipped on the last day as the wind faded.

Belmont held the teams trophy but handed it back to Manly’s sailors, who showed great consistency at the pointy end of the fleet.

Fortunes fluctuated during the week as conditions favoured the lighter crews.

The heaviest breeze was 13 knots and there were frequent times when it fell below 3 knots.

The strongest squall of the event came during the presentation, when a storm cell brought lightning, hail and heavy rain.

Fleet size (51) was slightly diminished, with only one Brisbane boat venturing south due to COVID uncertainty.

Two boats also withdrew during the regatta, with crew being close contacts.