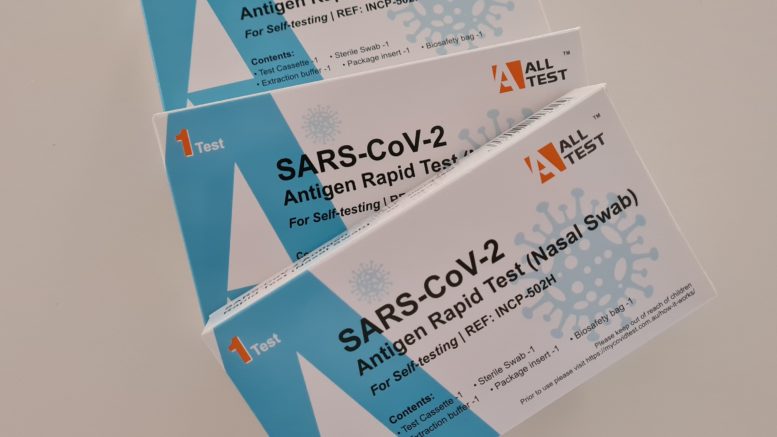 Medical centres in the northern area of the Coast are recommending parents seek vaccination appointments out of the Central Coast for primary school children who return to school this week.

Clinics in Toukley, Lake Munmorah, Budgewoi and Halekulani, which have not been able to secure the Pfizer jabs for primary school aged children, are telling parents to look outside of the area and book in at better-stocked, walk-in clinics at the Lake Macquarie Vaccine Clinic at Belmont and Newcastle.

According to the Federal Government’s Clinic Finder website, on the first day of the academic year there were 92 open spots for the Pfizer 5-11 years cohort, a number which falls way short of attendants at the region’s 28 public schools.

The 92 open spots spanned a three-week period. Many listed on Clinic Finder revealed no openings at all until the third week of February, or sometimes as late as mid-March.

Conversely, Belmont walk-in clinic on Lake Macquarie was accepting 20 children over two days on January 31, and the first day of term on February 1.

The lack of vaccine availability, right at the time children recommence school for the academic year, has infuriated parents.

“It is incredibly frustrating that once again the poor management of a vaccine rollout from the Federal Government is putting lives at risk,” said Central Coast P&C spokesperson Sharryn Brownlee.

“Children’s health and well-being should be at the front of mind when decisions are being made.”

It comes as the State Government urges parents to pick-up an allocation of free RATs from schools to begin a testing regime that will see primary school aged kids endure a nasal swab twice each week.

Parents have been supplied with four tests per child – two for the first week and two for the second, with each test being taken a day apart.

Children are not being asked to return the negative tests to school, as is the case in other countries, but rather the parents contact the school if a positive test is returned.

The logistical effort to get the tests out to school has been called a “source of pride,” by NSW Government.

Around 8.2 million kits have been distributed to 3,000-plus government and non-government schools and early childhood centres across the state.

“It is no exaggeration to say the effort has been one of the most challenging logistical undertakings in recent memory,” said NSW Department of Education Secretary Georgina Harrisson.

However, the RAT roll-out is doing little to put all parents at ease.

One local parent who preferred to remain anonymous for fear of inadvertently painting their school in a bad light, said that while she felt obliged to pick up the RATs, little attention has been paid to how the regime will affect children who live with auditory processing disorder (ADP), or autism.

“It’s difficult enough at the best of times to get my son, who suffers ADP, in through the school gates, let alone by adding in the extra stress of convincing him to undergo a nasal swab twice per week,” she said.

Another parent, who once again refused to give his name for fear it might embarrass his daughter, said he had struggled to find a clinic that would vaccinate his 10-year old two weeks ahead of school starting, therefore giving the vaccination the required time to kick in and be most effective.

“I still haven’t managed to get her in yet,” he said.

“And the problem for us is that she is already immuno-compromised.”

“There is massive community confusion and uncertainty surrounding the Government’s return to school plan,” said Member for Wyong and Shadow Minister for the Central Coast, David Harris MP.

“It has been left to individual schools to determine how the test will be distributed and there seems to be no official guidance as to when children should be tested.

“Returning to school is a big event under normal circumstances especially kinder and year 7 students and the current confusion will only increase anxiety for students and families,” he said.

The father of the 10-year old daughter also expressed concern that there may not be enough RATs to keep stride with the pandemic, and that there is a risk that other parents will fail to engage in the testing regime.

Parents have legitimate questions about the supply of RATs beyond the first two to four weeks says Member for Swansea, Yasmin Catley.

“We cannot get into a situation where parents are scouting for RATs just to keep their kids in school.

“The Premier needs to come out and guarantee supply for these families,” she said.

Parents have been assured that the COVID-safe measures that were in place last year will continue, including the separation of children into age cohorts for breaks and time spent outside; no visitors or parents on-site; obligatory masks for teachers; a rigorous routine of sanitising and hand-washing; maximising ventilation where possible and no large gatherings such as assemblies.