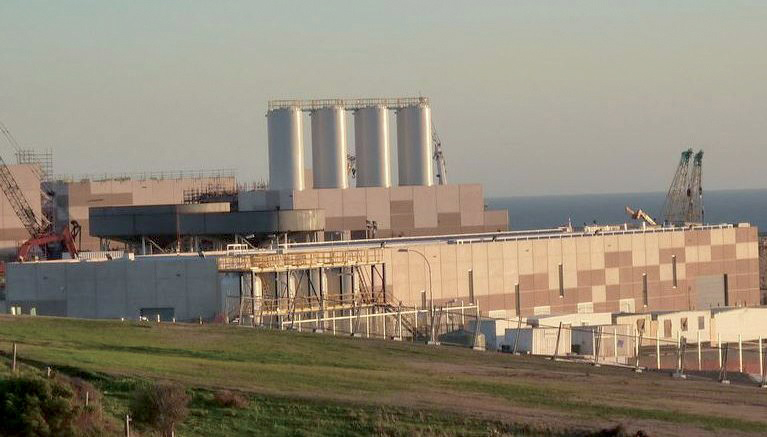 Veteran environmental campaigner and long-term Jilliby resident Mike Campbell has called upon IPART to provide the community with clear and unambiguous timeframes for Central Coast Council’s $250M plan for a desalination plant at Toukley.

Campbell said the Council’s Water Security Plan (exhibited last year) and its application to IPART for a 34 per cent
increase to its water and sewer rates appear to contradict
each other.

Council’s water rates application to IPART made no mention of its plans to spend money, within the next few years, on a permanent desalination plant or an ocean pipe.

Campbell referred to this omission as an ‘anomaly’ as Council had exhibited a Water Security Plan last year that included a “near term action” (within the next two years) to consider starting work on a desalination plant at Toukley.

According to Campbell, Council’s water security plan also has a mid-term action (for between two and five years from 2021) to “subject to the delivery risk assessment – deliver the intake for the desalination plant at Toukley and protective works for the Norah Head Ocean Outfall Tunnel”.

Campbell said he had outlined his concerns in a submission to IPART as part of its current assessment of Council’s application for a water, drainage and sewer price increase from July 2022.

“I am seeking from IPART clarification of Council’s actual timeframes, location and funding arrangements for a permanent Desalination Plant.

“The community deserves a clear and unambiguous strategy for expenditure on planning and forward estimate costing for desalination, if any, within this pricing period and that for the period 2027 -2031,” he said.

“I do not want residents of the Coast to be burdened, years and years ahead, with costs beyond their means as we
have a very low funding
base at this juncture for such a costly installation.”

He said he had taken part in a digital community consultation session with Council staff but had concerns about how some of his questions were answered relating to the rollout of permanent desalination.

“When I asked Mr (Jamie) Loader about the forward plan he answered that ‘it may not even be at Norah Head…’.

“I then asked that the Plan as presented to the public was ‘not correct’ but his answer was not certain.”

The Council’s current IPART application for a review of water rates only refers to a desalination plant in a forward planning table indicating that it would be required for the year 2043 – there’s no mention of expenditure within the next two or five years.

“I also asked Mr Loader … whether Council intended to apply for funding for the intake pipe in the following funding period for 2027 -2031.

“I also or asked why Council was intending to build the intake pipe at a possible cost of $30M (the forecast cost of the whole scheme being $250M) at least 12 years ahead of its scheduled requirement.

“Understanding the funding basis for the Sydney Desal Plant was partly from private investment, from the 2012 and 2017 IPART papers, my concern was that local ratepayers on the Central Coast were being asked to forward fund, by at least some 12 years, a scheme that to date has not been discussed or fleshed out in financial terms,” Campbell said.

“We know that the annual running costs start at about $16M at current rates, according to Council’s Water Security Plan.

“I understand that the Government, through DPIE, requires Council to forward plan an alternative drinking water source, as they have done with Hunter Water for example.

“I know that Hunter Water have designed a plant for Belmont but the timeframe is not yet known.

“The plant would not be required to be built until the water storages in the Hunter scheme falls to 45 per cent of capacity.

“Storages there continue to remain high and are currently at 97 per cent.

“Earlier this year Hunter Water had opted for a Temporary Desalination plant at the same location which could be built quickly once levels reached 35 per cent.

“It is understandable that a permanent plant, and at greater cost, would require a longer timeframe, so reaching a 45 per cent trigger for action probably makes sense.

“It would take no more than three years to complete a 30ML/day plant (based on Sydney’s construction) here on the Coast, so forward construction would not be required untikl at the very earliest, 2038 for a 2043 switch on,” Campbell said.

The Mardi to Mangrove Pipeline carrying water from the catchment areas was installed in about 2011, for a cost of $120M, he said, adding that he believed it had performed exceptionally well since that time, transferring water to the Mangrove Dam each time creek flows increase.

“The dam’s graph shows since that time our storage has grown exponentially to peak allowable storages that have ensured a drought-proof outcome,” he said.

“There is no clear need to rush, beyond planning, to install infrastructure 12 years or more ahead of schedule.

“The cost to ratepayers is simply not justified.

“The only justification for priority construction is if storages fall to 45 per cent, which then timeframes are easily achievable.

“Sydney Desal was not required to produce water for the system for five years following construction because the dam levels for Sydney were high, yet customers had to pay for water production regardless under the funding arrangements.”

“The other aspect for ratepayers here is that we have an administered Council wherein people have no input and are shielded from debate that would normally express pros and cons via elected councillor representation.”