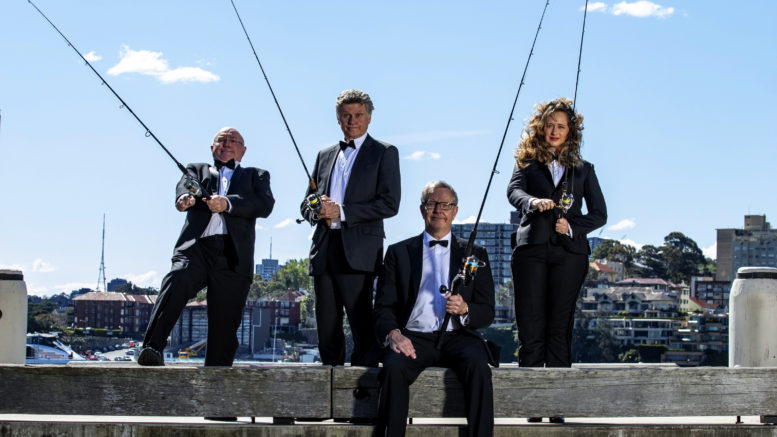 The Wharf Revue, the infamous satirical comedy group who were with the Sydney Theatre Company for 21 years, will land at Wyong Art House in March for a performance of their latest show, Can of Worms.

Jonathan Biggins, Drew Forsythe and Phillip Scott – the original cast of the Wharf Revue – alongside comedian and actor Amanda Bishop, will deliver a show that takes aim at current affairs and politics with the quick-fire wit they have become notorious for.

‘Can of Worms’ is described as a “daring adventure that navigates the dire straits of COVID, sails round the treacherous Horn of Scomo, steers well clear of the empty Cape of Pauline, only to be becalmed in the Nationals Bermuda Jacket Triangle before stumbling across a New World, filled with hope and promise! Or not.”

‘Can of Worms’ ran at the York Theatre from the end of November to end of December.

Since then, the Revue has been touring the show across regional NSW.

The show will take place on March 8 and 9, with matinee and evening performances at The Art House Wyong.

Join the regular crew of creatives Jonathan Biggins, Drew Forsythe and Phil Scott – along with their figurehead of talent Mandy Bishop – as they bravely voyage to the bottom of the barrel.

The duration of the show is 90 minutes without interval and it may contain strong language and adult themes.