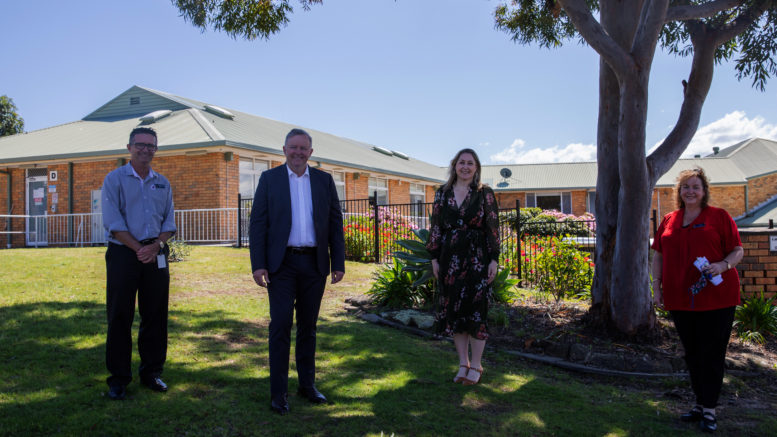 Carers across the Central Coast and the people they care for have been left vulnerable and exposed to COVID-19 because of the Federal Government’s failure to shore up supply of Rapid Antigen Tests (RATs), according to federal member for Dobell, Emma McBride.

McBride said local carers were struggling to access RATs at a time when tests were scarce and COVID-19 cases at an all-time high, leaving carers and those they care for  at serious risk.

“It is critical for carers to access RATs when they need to, so they don’t spread the virus to some of the most vulnerable people in our community, including the elderly and people living with a disability,” she said.

“For many carers who have limited paid employment because of their caring responsibilities, RATs are unaffordable.

“Many carers don’t have a concession card either, so they aren’t eligible to receive free tests from the Government.”

McBride said it was worrying that carers were being overlooked in the race to secure more RATs.

“This Government was warned in October last year they needed to shore up supply of Rapid Antigen Tests but they didn’t listen.

With supermarket shelves stripped bare due to supply issues, carers are also struggling to access essential goods like groceries.

While some businesses offer priority access to goods for people on the NDIS, many carers and the people they care for miss out because they don’t meet the criteria.

McBride said the Government should encourage large retailers to include carers in their eligibility criteria to make sure they have the supplies they need.

“Australian carers have been completely overlooked during this pandemic and they’re missing out on the essential healthcare and goods they need.

“The Morrison Government needs to act, instead of letting vulnerable people fall through the cracks.”