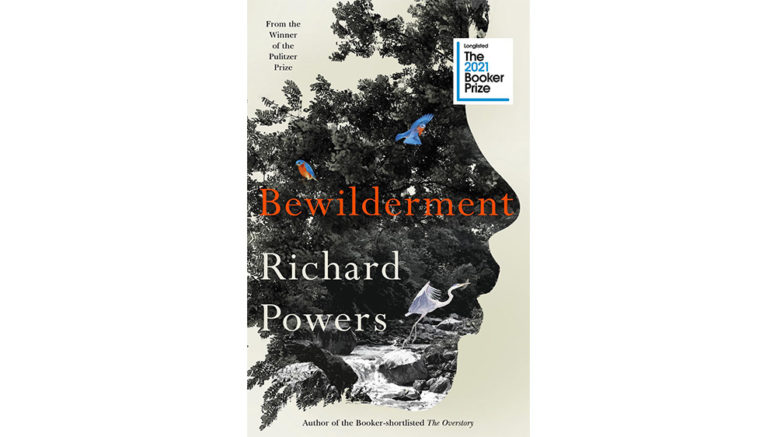 From the author of Overstory (previously reviewed) comes a story about Theo, a widower who is raising his son Robin (Robbie).

Theo is an astrobiologist who lives in Wisconsin and teaches at the university.

He is also working with Carl Stryker, co-authoring “a paper about detecting biosignature gases from lensing-revealed exoplanets”.

The government in power is unreasonable.

But what is Theo to do? Robbie needs him.

When we meet Theo and Robbie, they are on a camping trip.

Robbie is eight and going to be nine.

They are both struggling with the loss of Alyssa, Theo’s wife and Robbie’s mother, who died in a car accident.

She was an environmental activist, and word is that the accident happened when she swerved to avoid hitting a possum.

Robbie is having trouble at school – he is different and gets bullied.

The threat of expulsion is always looming.

“When a condition gets three different names over as many decades, when it requires two subcategories to account for completely contradictory symptoms, when it goes from non-existent to the country’s most commonly diagnosed childhood disorder in the course of one generation, when two different physicians want to prescribe three different medications, there’s something wrong.”

Robbie is a sensitive to living things.

Each night he says the prayer his mother taught him:

“May all sentient beings be free from needless suffering.”

But they are not free:

“Only two percent of all animals are wild? Everything else is factory cows and factory chickens and us?”

Robbie has become addicted to watching videos of Inga Alder, a young activist.

Theo is running out of options to help Robbie, until Marty Currier, an old friend of Alyssa suggests Decoded Neurofeedback.

This is something that Theo and Alyssa dabbled in when Marty first started his research.

Marty had kept Alyssa’s results, from all those years ago, and plans to use them to help Robbie.

Now this is where I get confused.

I am not sure how this all worked, maybe those smarter than me will understand, but the takeaway is that it did help Robbie.

There were no more emotional outbursts, he was thriving, creating, growing.

But the authoritarian government in power cut the funding.

When we leave Theo and Robbie, they are camping, and Robbie is ten.

I have mixed emotions about this book.

Some parts were terrifying (the power of government, destruction to the environment) some parts were touching (Theo’s love for his son), but other parts were simply not interesting (descriptions of other planets and galaxies, which Theo would go on and on about).

I ended up skimming these sections … there were a lot of them.

But I still think it was is book worth reading.