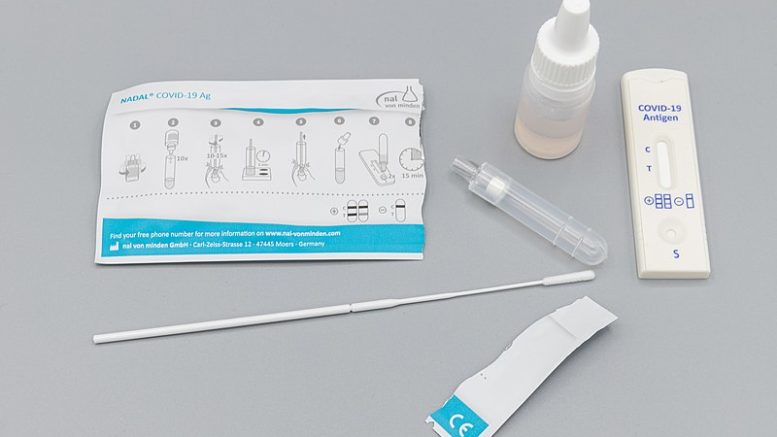 As Omicron numbers soar and the state pivots towards large-scale use of rapid antigen tests (RAT), some are concerned the move will create its own problems without some quick improvements to the scheme.

Quiet apart from the fact that is has been difficult and increasingly expensive to get hold of the rapid test kits there is the issue of variable test kit accuracy, as well as validation and data collection problems.

Already it is feared that NSW government’s about face response against mandatory PCR testing has made the once reliable data collected on daily COVID case numbers into a poor cousin.

Already today, January 2 we saw a drop in the official COVID-19 daily case numbers on the Central Coast to 414 cases down from 715 the day before. Is this drop real, or is it simply a fact that people are turning away from the official PCR testing system?

Shadow Minister for the Central Coast David Harris MP for Wyong recently took to twitter to question the NSW Government’s decision to introduce mass self testing.

The response from the state has been a scramble to secure supplies, hoping to avoid the backlash that has accompanied some of the Covid-related decisions to date.

Fortunately, however, Australia has strict pharmaceutical protections in place and the only rapid antigen tests available for distribution are listed by the Therapeutic Goods Administration (TGA).

The minimum clinical sensitivity a testing kit must achieve before it is listed is 80 per cent, which it labels as “acceptable sensitivity”.

Buyers of RAT be aware

There are only five kits that have been given the “very high sensitivity” label:

Adding to the confusion however, there are some tests that reportedly, don’t detect the Omicron variant or need to be used in conjunction with LED torches to interpret the results – and not unlike the burgeoning waste issue with masks, the latter brings with them significant concerns for Australian landfills and possible battery consumption by children.

The onus, therefore, is on the local supplier – whether organisation, supermarket or pharmacy – and the purchaser to do their homework and to select tests of high or very high sensitivity and specificity.

As the federal government commits another $375m to buy rapid tests for the national stockpile, there is criticism that once again the issue has “fallen to the states”. Victorian health minister, Martin Foley, has announced that they have bought 34m tests and hope to start handing them out next week, joining NSW which has now ordered 50m and will distribute them from the end of January.

How to collect the Rapid Antigen Test data?

The real issue, however, is whether these states are merely appeasing constituents without considering the critical issue of collecting crucial data so that they may better understand community transmission and respond to the pandemic more effectively.

If, for instance, there are 30 million tests issued at a wholesale cost of $6 a piece, that’s an initial spend of $180 million. To spend that amount of money and likely not be able to monitor the results or identify and assist the end user that has a positive result, means that the government is not making effective decisions regarding the protection of communities.

Worse still, indiscriminate distribution without appropriate reporting opens the very real potential of creating a black market – where millions of tests are never used for their intended purpose – instead being amassed and sold on the black market or shipped overseas for sale. Already we are seeing rapid antigen tests double in price due to price-gouging.

We only have to look at the UK Governments’ experience with its initial tranche of free RAT handouts to see ‘what not to do’. Approximately 1.8bn Pounds was wasted in the first provision of tests, when the government could only identify 17 per cent of end users having completed a test. That is 83 per cent potentially having headed offshore.

By spending just a fraction more than the cost of a RAT test, authorities could link each test to a proven mobile app and robust management system that effectively records consent and identification of the test user, the location of where the test is taken and access to every result.

Could an app be part of the solution?

Speaking of the current situation, Graham Gordon, CEO and founder of Gardian, and the developer of the Gardian Self Check app believes the answer lies somewhere in the middle.

“Perhaps a more comprehensive solution – one that would meet the health and continuity requirements of business and the general public, would be to implement a rebate system based upon tests taken in conjunction with an official app that is linked to a Medicare card. This would ensure that the results could be tracked, and support provided to ‘positive’ individuals, while the ‘cost’ of the test is rebated,” said Gordon.

Using an app that has been purpose built to deliver end-to-end traceability for each RAT test used seems a logical and pragmatic concept with few downsides. Each individual test is QR coded with a unique identifier number, so the software is able to check and confirm each test taken against the database of tests sold or handed out free-of-charge.

That test can then be confirmed as being used and a rebate applied – ultimately ensuring that the money spent on tests is validated.

It remains to be seen if Australian authorities are nimble enough to introduce the use of apps and sale protocols in a timely manner.