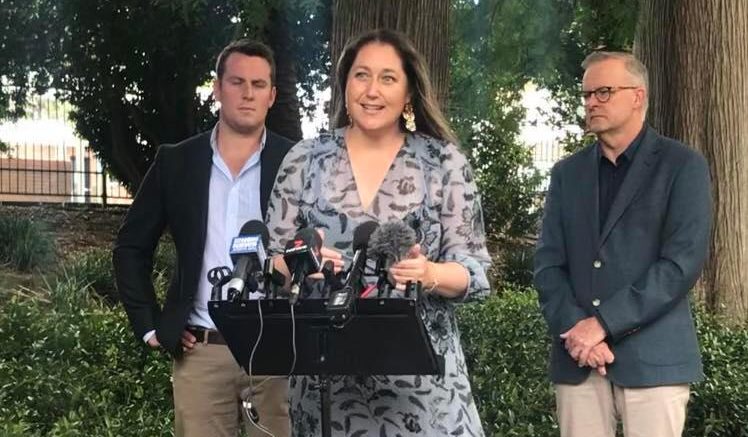 The Federal Opposition Leader has pledged that a Federal Labor Government will make fast rail connections between Sydney, the Central Coast and Newcastle a reality by assigning top priority to this project for the new High-Speed Rail Authority (HSRA).

The pledge was first announced in Newcastle together with local Labor MPs and candidates on January 2 and is the first of two major election commitments for the Hunter Central Coast regions.

At the announcement Mr Albanese said that a future Labor government would establish a High-Speed Rail Authority (HSRA) as a statutory agency and issue a clear statement of expectations to the HSRA to begin work on the Sydney to Newcastle corridor as a matter of priority.

The line would include stops in the Central Coast, with Wyong, Ourimbah and Gosford as obvious possibilities.

In a media statement Mr Albanese wrote ‘that the line will be built with the capacity for trains to run up to and over 250kmh’. Going on to state that ‘This would slash journey times from Sydney to Newcastle from over 2 and a half hours to just 45 minutes. From Sydney to Gosford would take only half an hour’.

In his announcement he said that a HSRA would receive a down payment of $500 million to commence land acquisitions and continue planning work that he said commenced by the last Labor government.

According to the announcement the plan would be the first leg in a high speed rail line that would eventually travel between Brisbane, Sydney, Canberra and Melbourne.

A high speed rail connection running along the East Coast has been investigated seriously for over 20 years, with a German MagLev consortium offering up their technology in 1999.

CCN has reported over the few last years how millions have been spent on feasibility reports by the state and federal government into High Speed Rail, though it is unclear if and when these have been completed.