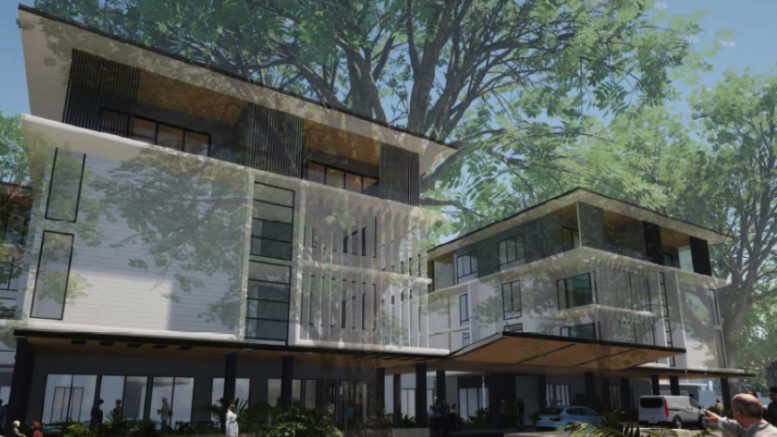 Uniting Nareen Gardens has invited nearby residents for an update on its proposed redevelopment of seniors’ accommodation at Bateau Bay.

Adrian Ciano, head of property development at Uniting, said the company was committed to continuing the consultation process and he looked forward to seeing residents at a February 3 meeting.

The company held several sessions in January where residents voiced their concerns with the new development.

At the January sessions the company said it had listened to the concerns of nearby residents. These included that the buildings were too close to the eastern boundary and to the southern boundary to a certain extent.

It acknowledged issues included lack of privacy, overshadowing and visual impact on neighbours.

People were also concerned about the removal of trees and felt that more landscaped areas were needed and they worried that services such as air conditioning and solar access would impact on them.

Ciano said that there were some items that were non-negotiable but he didn’t elaborate so, at this stage, residents don’t know what those items are.

Uniting has two other sites nearby but they are not part of this redevelopment.

Uniting said it would come back to residents with its revised plans before submitting them again to Council.

In a letter sent to nearby residents recently, Uniting thanked them for their consultation sessions and said the feedback “would help Uniting further refine our plans and ensure we continue to provide high-quality services and homes to all the people within the local community”.

The development application (DA 882/2021) attracted a lot of comments in October when it was first submitted to Council.

“The proposed development is over double the Floor Space Ratio of the existing Nareen Gardens and other lots in the area,” a submission to Council said.

“The height of the proposal at 14.8 metres is also much taller than other buildings in the area.

“The siting of four-storey buildings in proximity (4.5 – 6m) of the rear boundary on low-density lots along Lakin St also increases the impact of height and density of the proposal experienced by residents.”

It says vertical villages are better suited to high density locations, such as city centres and inner-city locations, not a coastal village setting such as Bateau Bay.

The proposal will cut down 90 of 216 established trees.

Residents say the new buildings contain balconies and outdoor open spaces which would have direct views into the rear yards of homes and neighbouring properties.

They say it will bring substantial traffic increases to streets such as Bias Ave, Harbour St, Lakin St and Altona St.

Late last year the residents were concerned no genuine consultation had been held.

The facebook group says that the applicant’s claim to have strong community support for the proposal is inaccurate.

“Currently there are 425 residents who have signed a petition against this development and 223 members in a local Facebook group who also object to this development,” the group said.

Details of the proposal and the February 3 meeting can be found at https://bit.ly/NareenGardens.

2 Comments on "Aged care residents to have their say"