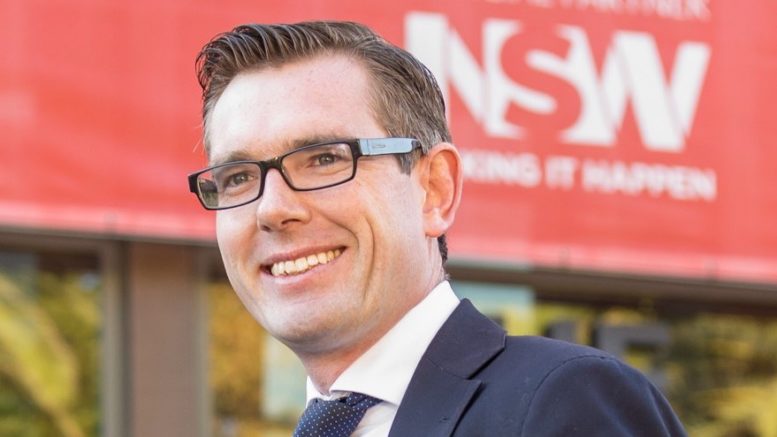 A three-step vision for the north of the Central Coast will see Tuggerah transformed into a regional city; The Entrance, Long Jetty, Bateau Bay and Killarney Vale merged into an area called ‘Karagi’, and Lake Munmorah redefined as ‘Central Lakes’.

The implications for Tuggerah, as well as the newly-named Karagi, plus Wyong, Warnervale and the Central Lakes are far-reaching, not just in terms of potential housing developments, but also employment opportunities, transport, retail, and industry.

It feeds into Premier Dominic Perrottet’s plan to expand the Greater Sydney Commission to include Newcastle, Central Coast and Wollongong.

The proposal is based upon an idea that amenities in what will be the new Sydney ‘megacity’ will be no further than a few kilometres from a person’s home.

A focus is the remodelling of Tuggerah that will step up to become a Regional City, behind Gosford that will be refashioned as a Metropolitan Capital.

The report states, “Tuggerah will emerge as a regionally significant mixed-use centre with the 15-minute neighbourhood at the heart of its transition to a well-connected town centre.”

A redevelopment of Tuggerah has long been on the cards.

In early 2019, it was announced that the NSW Government was backing a proposal from shopping centre owners Scentre Group and its partners to invest $2.1B into the area giving the green light to an expansion of Westfield.

Scentre Group is yet to reveal the scope of the project and when it is expected to start.

The transformation of Tuggerah will give rise to significant changes in Wyong.

“The Tuggerah to Wyong Economic Corridor shall be the district’s primary focus for future development,” says the report.

Increased capacity on the Pacific Highway from Tuggerah is at the core of this proposal, pitched as a way to improve walking, cycling, public transport travel times and safety.

While Tuggerah will be given over to greater levels of housing, employment and industrial use, based on boosted transport connections, the focus for Wyong, it says, will expand upon its administrative, residential, commercial and cultural role.

A transport study into accessibility between Tuggerah and Wyong is expected to be undertaken soon.

Other areas of focus include improved treatment of stormwater management into the lakes.

“Tuggerah Lakes water quality is declining,” says the report, running contrary to the 2020-21 waterways report just issued by the Council that showed Tuggerah Lakes scored four excellent rankings for the first time ever, in terms of ecological health.

The report also suggests that Tuggerah will become a hub for ‘night-time experiences’ and that the government is also investigating the need to create a regional park adjoining the regional sports park.

The creation of Central Lakes is an altogether different bag, with government admitting already that it is unlikely to become a 15-minute neighbourhood.

The proposals for the area are very much in keeping with the North Wyong Shire Structure Plan 2012.

However, with the proposed expansion of Morriset, it calls upon more engagement between Central Coast and the Hunter.

Much focus is on the imminent closure of Eraring and Vales Point power stations and what will happen to the site of the former Lake Munmorah power station.

“There is opportunity for more jobs close to home for these growing communities through adaptive reuse of these sites,” says the report, suggesting that they could accommodate light industrial, heavy industrial and possibly renewable energy generating uses.

Central Lakes encompasses Warnervale, which will see further pockets of residential and employment development, as well as a Greater Lake Munmorah focus with several blocks of new housing along Pacific Highway, in Chain Valley Bay and Summerland Point.

“At the regional scale, these communities will provide connection opportunities via the 30-minute connected community development model,” it says.

You have until midnight on Friday March 4, 2022, to have your say on the draft plan.

1 Comment on "Tuggerah transformation one focus of new plan"