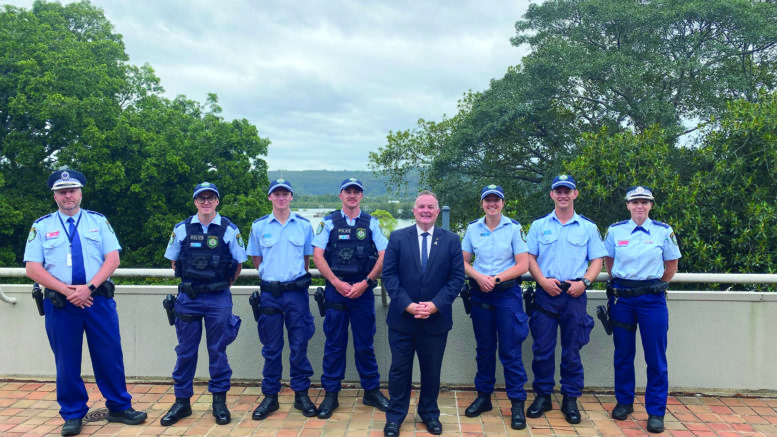 Three new Probationary Constables were to begin their careers with Tuggerah Lakes Police District on December 6, following an attestation at the Goulburn Police Academy on December 3.

These new offices will be deployed to the Tuggerah Lakes Police District.

Parliamentary Secretary for the Central Coast, Adam Crouch, welcomed the new policer officers to the region.

“On behalf of our community, I am pleased to be able to welcome our newest police officers.

“Joining the NSW Police Force is a great honour, and I commend these new Probationary Constables for choosing to put the safety of others ahead of their own,” Crouch said.

Minister for Police and Emergency Services, David Elliot welcomed the new recruits, noting they are joining a well-equipped, versatile, and modern police force.

“The NSW Government has committed to invest $583M to introduce 1,500 extra police over four years to enhance community safety across NSW and is investing $60M over four years to upgrade the Police Academy at Goulburn,” Elliot said.