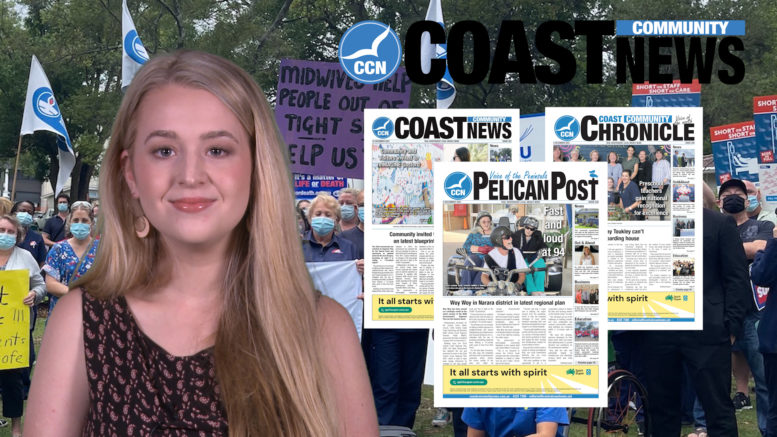 First up Next week many COVID restrictions are due to be released as the state slowly reaches it’s 95% double vaccination rate.

The region’s train services were disrupted on Tuesday due to rolling industrial action over ongoing safety concerns with the Korean built train sets and flat wage growth.

Wednesday marked lunchtime rallies by local health workers over patient safety and staffing ratios. We spoke with some of the health workers about their grievances.

Member for Robertson, Lucy Wicks, will chair a new inquiry into big tech and online safety as part of the Federal Government’s aim to crackdown on trolling on social media.

The state government, an updated Regional Plan 2041 was announced by the State Government’s Parliamentary Secretary Adam Crouch as well as, Planning and Business groups. Curiously and symbolically the Council was not involved in the announcement.

The last council meeting of the year will have a packed agenda, all motions will likely formally pass in quick succession.

The Word Surf League’s Challenger Series has come to an end with heartbreak felt most poignantly by Molly Picklum, missing out on Championship Tour qualificationby the very slimmest of margins.

The Mariners face their old rivals Sydney FC in Sydney, the fourth away game in a row this Sunday. The players will be busting for a win after last weeknd’s unfortunate 0,1 loss to Macarthur FC.