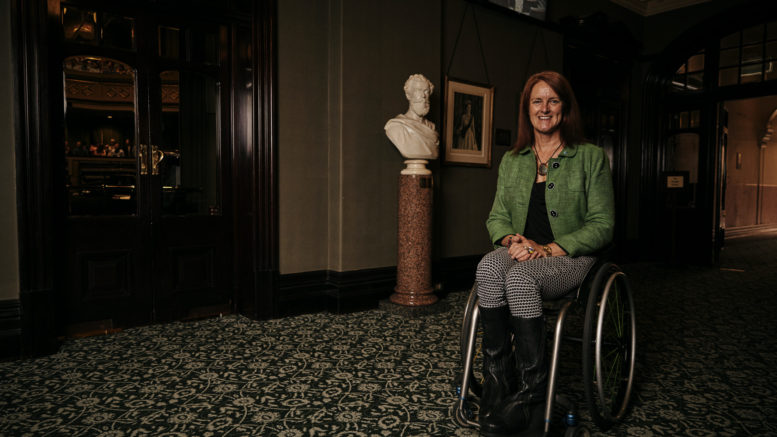 A national plan aimed at driving action at all levels of government to improve the lives of people with disability was released on December 3 to help mark International Day for People with Disability but it has met with criticism from the Member for Gosford.

Tesch said there should be “less talk, and more action in the area of inclusion.

“The dire need for inclusion for people with disabilities has been in the headlines for years with media stories of discrimination and bullying peppering our newspapers and social feeds,” Tesch said.

“Every year I make submissions to Parliament’s Disability Inclusion Plan.

“This year I was asked for my input, but I found myself writing the same suggestions that I have been making for four years with little confidence that the fundamental changes we desperately need will be taken seriously and acted upon.

“I hope all Parliamentarians believe the NSW Parliament should be the ‘People’s Parliament’ however without a serious determination to fix these issues, this sentiment is only lip service.

“It is hard to feel included when parts of your own workspace are inaccessible.

“This is the same battle being fought by people with disabilities in workplaces across our community.

“How can people who are disabled feel included when there are so many barriers?”

Tesch, who became an incomplete paraplegic after a mountain bike accident at 19-years-old, said the NSW Government has fallen short on its pledges to people with disabilities.

“Prior to the 2019 NSW election, then-Premier Gladys Berejiklian outlined a number of Premier’s Priorities which included the target of 5.6 per cent of people to be employed by the NSW Public Service by 2025,” Tesch said.

“One year later, the State of the Public Sector 2020 report recorded a decrease in the percentage of people with disabilities and admitted they were likely to fall short of their goal.

“It is blatantly obvious one year on the “Premier’s Priority” has been abandoned.

“The report instead pointed to their employees as the real source of the decrease, claiming that when people were given the opportunity to state their disability status anonymously the sector showed a higher rate of disability employment.

The report also revealed that 24.2 per cent of people with disability reported being bullied at work in the previous 12 months, almost double the rate of bullying experienced by NSW public sector employees overall (13.9 per cent).

Regional areas experienced a higher rate of bullying for people with disability in the public sector, with 28 per cent of workers noting their experience of bullying.

“This only adds to the real concern of discrimination in the workplace, which is only pushing people with disability further out of the workforce,” Tesch said.

“I hope we are put at the heart of everything because that’s what we want – inclusion. Ms Berejiklian’s successor needs to take this “Priority” more seriously.

“Disappointingly, Government’s across Australia fail to recognise and address disability employment gaps, with their own ambitious targets announced with fanfare often falling down the priority list.”

The Strategy will employ its action areas by developing a series of targeted action plans that commit governments to specific actions and deliver public reports each year that will measure and show where more effort is needed.

The NSW Government welcomed its release with Minister for Families, Communities and Disability Services, Alister Henskens, stating the strategy builds on the government’s work to remove systemic and attitudinal barriers for people with disability through the NSW Disability Inclusion Plan.

“The disability community has seen significant change in the past decade, and it is appropriate that governments continue to update their frameworks for creating more inclusive and accessible communities,” Henskens said.

“Importantly, both the national strategy and the NSW plan focus on supporting all people with disability, recognising that not every person with disability will access supports under the National Disability Insurance Scheme (NDIS).

“NSW leads the nation when it comes to supporting people with disability – we were the first state to implement a Disability Inclusion Plan and have been at the forefront of rolling out of the NDIS.

“We will continue working hard to improve services and support for people with disability to help increase their social and economic participation across the State.”

More information about the Australian Disability Strategy is available at disabilitygateway.gov.au