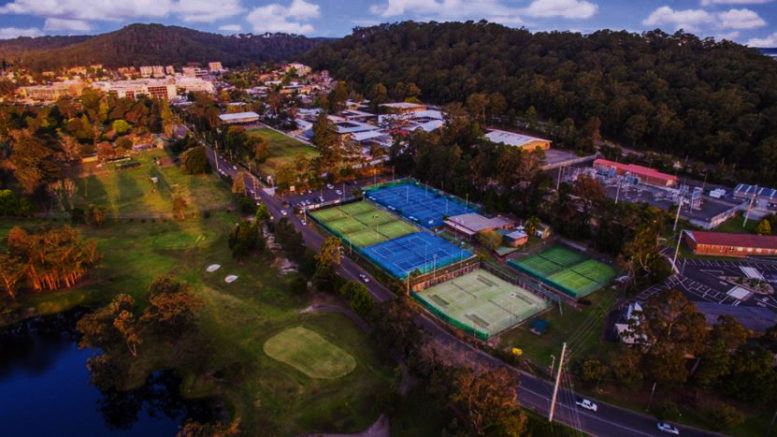 Gosford Tennis Club is calling for immediate repairs to retaining walls behind two courts and has expressed its frustration in an open letter to Central Coast Council posted on Facebook.

Using all capital letters, the letter is addressed to Council’s former Director of Community and Recreation Services, Julie Vaughan.

The not-for-profit tennis club, which has over 1,200 members and is run by volunteers, didn’t know Vaughan was leaving when it posted the public letter.

The club is seeking immediate repairs to the retaining walls as a matter of urgency.

“After two years of meetings, discussions and every attempt on our part to see a solution, we feel we have been left with no alternative but to reach out publicly in search of the final solution,” the letter said.

“We have seen our courts languishing after the collapse of a retaining wall following a strong weather event in March, 2020.

“During this time we have sought to have this repaired by Central Coast Council as part of their duty as Crown land owners and managers of this site per our commercial agreement.”

The letter explains that Council is delaying the process and thereby putting all staff members, players and the community at risk.

It says the safety and well-being of all attendees at the tennis club is paramount and therefore Council’s “contempt and flagrant disregard for the duty of care of visitors” to the site is astonishing.

The letter explains the impact of losing two courts with another two in danger of being lost as well.

In a response attributed to an unnamed spokesperson, Council told Coast News it had been working with the club to resolve the matter of the failed retaining wall.

It said the tennis club had occupied the site under a lease agreement which commenced on January 1, 1997, and that under the terms of the lease the club was responsible for the rectification works.

But the club says the lease ran out four years ago and they have been trying ever since to get a new lease.

A tennis club spokesperson, committee member Rob De Vivo, said the club had been on a 30-day arrangement for years now despite trying to get a permanent lease.

Council has refused – according to the club – to enter a long-term lease because “they haven’t formulated their strategy”.

De Vivo said the club could be given 30 days’ notice to leave the premises so was unlikely to spend more than $200,000 to repair a retaining wall when they could be kicked out in 30 days.

Coast News queried the lease with Council but had no reply at the time of going to press.