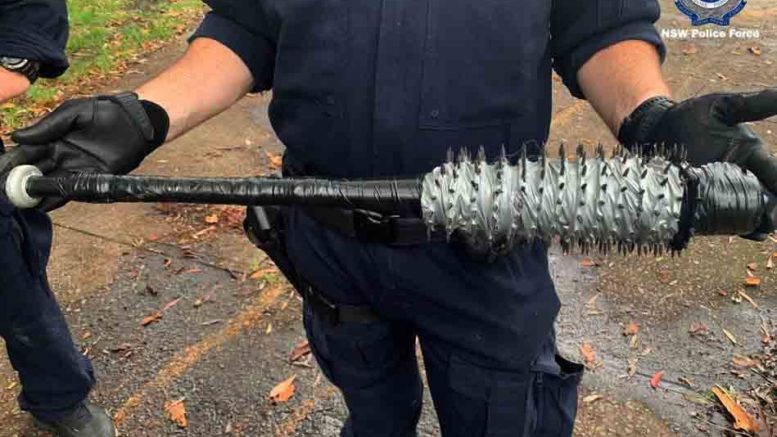 As part of ongoing targeting and disruption of the illicit activities of criminal networks, officers from the State Crime Command’s Raptor Squad executed a search warrant and conducted a Firearms Prohibition Order search at a home in Doyalson North from 7:15am on December 8.

During the search, officers seized three firearms including a double barrel sawn off shotgun and two rifles as well as a large amount of ammunition.

A 51-year-old man was arrested and taken to Wyong Police Station, where he was charged with 14 firearm and drug-related offences.

The man, who is a Hells Angels Outlaw Motorcycle Gang member, was refused bail and appeared at Wyong Local Court on December 9.

Investigations by Raptor Squad are continuing.

Strike Force Raptor was established in 2009, before coming a standalone squad in 2021.

Anyone with information, including relevant photos and videos, that may assist Raptor Squad can report it directly to investigators via their online reporting page, https://www1.police.nsw.gov.au/Default.aspx?id=49 or by calling Crime Stoppers on 1800 333 000.

Information provided to investigators will be treated in the strictest of confidence.