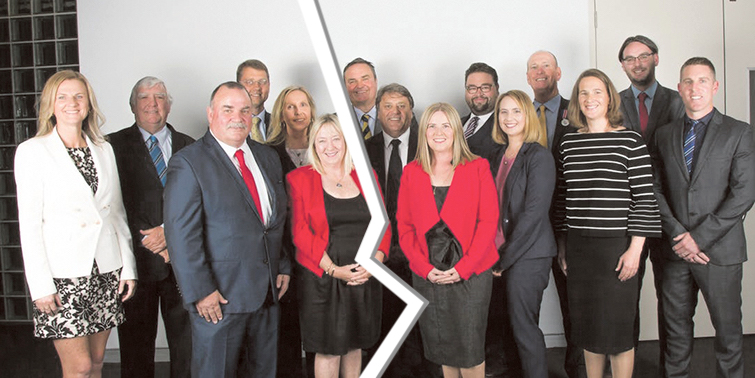 While the rest of the State woke up on Sunday, December 5 with new councillors voted in, Central Coast residents woke up to the same old Council-under-administration.

It was the day after the party we weren’t invited to; the local government elections for 124 councils around NSW were held on Saturday, December 4.

But we will hold elections sometime next year – presumably.

Before that, we await the findings of the not-so-Public Inquiry into how our council managed to spend about $200M of restricted* funds in a way they shouldn’t have before anyone noticed.

Please; go ahead and show your politics by arguing for one side or the other.

The budget blowout was one of a number of hot topics discussed during the hearings presided over by the Commissioner.

I asked the Commissioner office last week when the final report will be handed down.

The Commissioner declined to offer a date.

Here’s some detail for all those people who asked in angst yesterday: are we voting????????

At the beginning of October 2020, the Central Coast Council declared it had immediate and serious liquidity issues and by the end of the month the Councillors had been suspended, replaced by Interim Administrator Dick Persson.

He is known as administrator mark 2.

Administrator mark 1 was Ian Reynolds who presided over the first 18 months of the amalgamation before the Councillors were elected in 2017 and then suspended in 2020.

If you are now asking: “What amalgamation”…. you really need to get out more.but to bring you up to speed:

So, yeah, stop calling it Gosford or Wyong Council: they are dead to us now.

Oh, except for those calling for de-amalgamation. (Let’s not go there today, eh?)

Hart is holding open office meetings at present: if you want to hear about Council from the horse’s mouth, go to the website and get yourself along to one of his open office meet-the-residents sessions.

You are now up to date with Council*.

*Restricted funds: funds earmarked for certain projects that can’t be used for other purposes without either a councillor vote or permission from the Minister

*Rik Hart: Administrator mark 2 appointed him as interim CEO and he then replaced mark 2 and became mark 3.

The current CEO is David Farmer who arrived here in April.

* This is the short version: the council makes some pretty important decisions which affect you.

If you want to get involved, Council has public meetings every second and fourth Tuesday of the month.