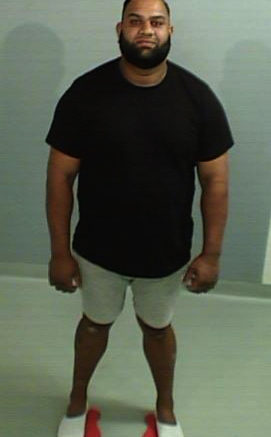 Police have renewed their appeal for public assistance to locate a man wanted for an alleged murder conspiracy and directing organised criminal activity who may be on the Central Coast.

Masood Zakaria – aged 26 – is wanted on outstanding warrants for several organised crime-related offences in Sydney’s south-west, including conspiracy to murder.

Investigators suspect Masood Zakaria may be limiting his movements to between Sydney and the Newcastle and Central Coast areas.

Detectives from the State Crime Command’s Criminal Groups Squad believe he is actively evading police and may attempt to flee the country.

Masood Zakaria is described as being of Mediterranean/Middle Eastern appearance, about 180cm tall, obese build, with brown eyes, black hair and a beard.

It is believed he is in the company of a number of males of either Mediterranean/Middle Eastern or Pacific Islander/Maori appearance.

There is a possibility Masood Zakaria and his associates are using short-stay rental accommodation in order to lay low and evade police.

Anyone who sights Masood Zakaria, or has information relating to his whereabouts, is urged not to approach him and call Triple Zero (000) immediately.

Anyone with information about Masood Zakaria’s whereabouts is urged to contact Crime Stoppers on 1800 333 000 or nsw.crimestoppers.com.au.

Be the first to comment on "New appeal for wanted man"