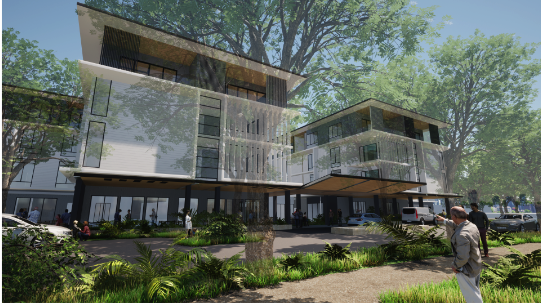 Myself, and many others currently living at Nareen Gardens, totally disagree with the assessment made that the proposal “should have an overwhelming positive social impact, given that it increases the supply of dwellings specifically designed for seniors in a highly accessible and engaging environment….”.

There was one meeting with current residents, complete with the Uniting’s planner and plans, to show us what we have no say in.

The Uniting committee, at our one-off meeting, carefully avoided our pertinent questions, with weasel words, regarding the costs to live in this proposed palace.

Clearly, aside from those subsidised by the government, many current residents won’t be able to afford living in this jungle, even if they desired so to do.

Some have already moved on.

That is simply playing into Uniting’s hands.

The more that move out, the less it will cost Uniting to temporarily rehouse residents, then move them into the proposed palace.

Why is it seen that seniors require a cinema, swimming pool, cafe, chapel etc?

All those facilities are already available close by, which are used on a pay as you use or need concept.

Why the need to control residents by ensuring their needs are confined to their proposed palatial premises?

Recipe for disaster to make it the need for residents to never move out of the village, aside from possibly to shop.

Currently we have a choice. No need to venture out if you don’t so desire but going out and about is far more satisfying than being expected to permanently use only the facilities on site.

The latter is a recipe for disgruntled residents.

Most seniors simply require a peaceful place to live, which is not overcrowded, where you aren’t obliged to be like one big family, and where you don’t have people below, above and possibly down each side.

The current village appeals to many, because it’s all at ground level, and all in blocks of two.

Certainly it needs renovations and has clearly been allowed to deteriorate, obviously in order to put more money into this proposed new palace, whilst supposedly convincing current residents this is all about fulfilling their needs.

I beg to differ. It’s all about Uniting acquiring more dollars per square metre.