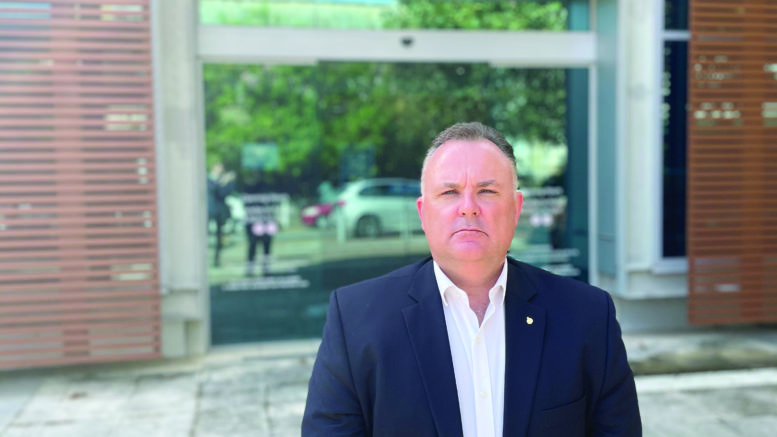 The ongoing and total mismanagement of the Central Coast and Lake Macquarie regions has seen the possibility of a stealth takeover from both Sydney and the Hunter.

The dismissal of Councillors, introduction of politically appointed administrators, local and regional planning panels, and the larger Greater Sydney Commission, all add up to the possibility of an entire state government takeover of the region.

It is my guess that the recent Parliamentary Inquiry into the Central Coast Council’s financial situation will not find anyone responsible or accountable, including the state government for forcing the council merger.

Yet this along with the ever-changing Regional Plans and proposed Mega Trends by faceless bureaucrats of which no community person can keep up, gives even more reason for a state government led plan to merge councils from Wollongong to Newcastle and take over the future planning of all coastal regions.

We can have a NSW Premier forced to stand down for a possible indiscretion of inappropriately spending $5.5M of taxpayer’s money.

Yet a Council in debt of some $455M up to the forecasted $565M, is somehow acceptable?

No wonder the political and development vultures are circling to take their cut and to be simply seen as our saviours.

The introduction of the Central Coast Regional Plan 2036 and shortly the 2041 plan and what they propose, set off my alarm bells and after my face-to-face meeting with Lee Shearer the appointed Co-ordinator General for the Plan, ended with her unable or unwilling to answer three simple questions and then walking out of our meeting, says it all.

The 2036 Regional Plan spruiked of a Co-ordination and Monitoring Committee or a Central Coast Regional Leadership Group via the Department of Premier and Cabinet, yet unless I’ve missed something or they have been appointed as a secret collective, nothing seems to have occurred.

Where is Lee now, I ask?

Coming from a highly decorated policing career to the quickly disappearing Co-ordinator General for the Central Coast and now seemingly Chief Executive Officer for the Rookwood General Cemetery and possibly preparing the Central Coast for the same destiny?

Yet, her pathway has led to the state government earmarking Wollongong, Central Coast, Lake Macquarie, and Newcastle to be part of a global gateway of a Hunter and Greater Sydney proposal.

Many proposals within the original Central Coast Regional Plan are still festering with the commenced construction of some 40,500 new homes being built in the region with very little emphasis on the current third world infrastructure.

Community consultation has been withered away and even if you are of the mind to write a submission against what is proposed, the very best would be for it to make the waste paper bin.

Mark my words when I say things are about to change dramatically and not for the reasons why we chose to live on the Central Coast or Lake Macquarie.

When are we as a major region of NSW going to grow up and stop cowtowing to political decision making made by potentially corrupt politicians?

When are those elected by us at all levels, going to have the intestinal fortitude to say “No more”?

Until we get real leaders who are looking after the prosperity and future health of our region, then maybe it’s time to start thinking of selling up and moving onto greener pastures, as I for one, don’t want to live in just another Sydney or Newcastle suburb.

We don’t need Sydney or Hunter bureaucrats making decisions for our future, especially when they take no notice of community consultation or even have any.

All we need is a good Council that has the appropriate and locally based codes of conduct and objectives and follow them.

We need both state and federal government representation which puts people before their political parties and in both cases showing complete honesty, transparency and considered leadership, yet is this possible?