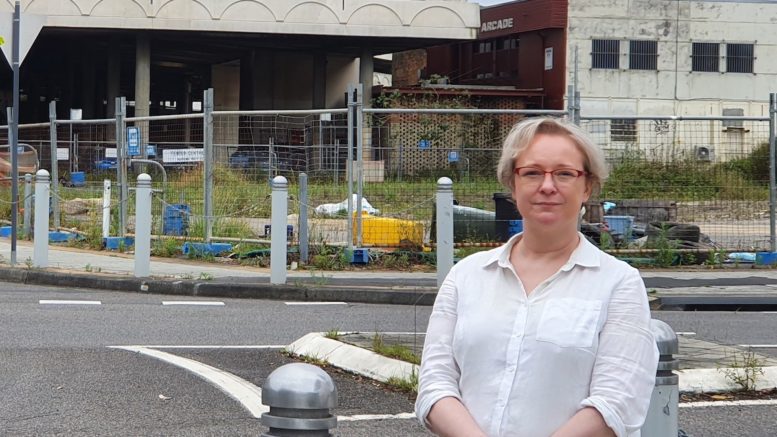 Independent Candidate for Robertson, Vania Holt, said she believes corruption must be at the forefront of the national debate during the 2022 federal election.

Holt said after spending five years researching corruption in Australia, a federal ICAC must be established by the next government.

She said she decided to put up her hand as a candidate in order to push for integrity at all levels.

“I find that abuse of power – whether it be corruption or domestic violence, I really can’t stand it, and so I’ve put my hand up and tried to stop that as best as I can,” she said.

“From five years of studying it, all I can see is corruption everywhere I look. Corruption is abuse of power, it’s using the resources we have and it’s excluding the public, so we have no say where anything goes.”

Holt said she would like an anti-corruption commission established, similar to that proposed by Independent Member for Indi, Helen Haines, to “help the community feel like they have a voice again”.

When asked why she decided to stand for the Seat of Robertson, Holt said she loves the area after working here, and believes the electorate needs a fresh voice.

“What I’ve found working here is that the major issues people are concerned about are the environment, PEP-11, broadband, women’s safety and bushfire preparedness – we have hit bushfire season again and we have nothing here,” Holt said.

“The incumbent (Lucy Wicks MP) is not very useful – [she] hasn’t stopped PEP-11, hasn’t given broadband, hasn’t done any of this and it’s something that I can stand up for and work for Robertson.

“The ‘Let it Rip’ attitude of both State and Federal Liberal Governments – no boosters, no quarantine, people have to have their own personal responsibility– in a medical environment, that’s appalling.

“They’ve outsourced the health advice to individual people and that’s not how health or education should work.

“The pressure on the public and private services are immense.

“At the moment I feel the priorities by the Liberal National Government are towards the big end of town … we have all missed out, whether its housing, education, health, university.”

Holt said she would like to see the Central Coast become a stand-alone-region, in a similar stance to the incumbent candidate, Lucy Wicks.

“That means teaching students can do their practical on the Coast rather than having to go to Newcastle or Sydney.

“There is also no Family Court in Gosford – it’s really distressing for people to have to travel and then wait for hours and then come back … it’s absolutely vital to have that here.”

Holt originally stood as a candidate for the New Liberals Party but announced on November 24 that she would contest the next election as an independent.

Nearly two weeks later, the New Liberals Party was de-registered with the Australian Electoral Commission stating that due to the party’s name, being similar to the Liberal Party, would cause potential confusion in electors.

Holt said she would not speculate on who she would give her preferences to at the next election, but would instead speak to fellow candidates on the campaign trail for a good feel on their policies.

“There are a number of candidates I’d like to speak to before I decide where they [preferences] go so it’d be a bit premature at this stage to say … except to say Liberal will be last.”

Be the first to comment on "Holt vows to fight corruption"