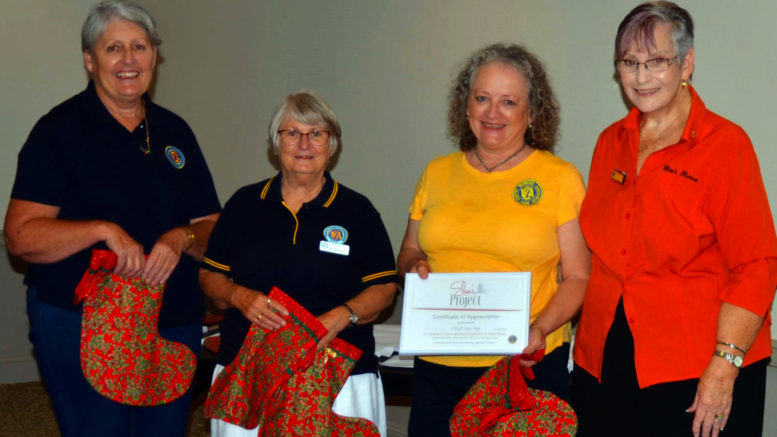 Members of the Country Women’s Association’s Woy Woy branch have been recognised for their community efforts by a series of local organisations and individuals.

“We were very lucky to be amongst many wonderful individuals and organisations who have assisted Elsie’s Project over the past few years and were very grateful to receive a Certificate of Appreciation,” Bowtell said.

“We’d also like to extend our congratulations, and thanks, to the other recipients present on the night: Erina Heights Garden Club, Kincumber Mitre 10, and Barb Galvin.

“Thank you for helping Elsie’s Retreat support our community with accessible palliative care.”

The group was visited last week by two men from the Umina Beach Men’s Shed who stopped by to install railings at the entrance of the CWA Hall.

“Our wonderful member Carol, and her husband John, insisted that they pay for the materials needed so that our branch was not out of pocket,” Bowtell said.

“Thank you so much to our fantastic Men’s Shed volunteers (who did not wish to be named) for doing such a great job and Carol and John for your generous donation!

“This installation makes our hall just that little bit more accessible for those who may need it.”

The group was then faced with a question that nearly stumped them after a local resident stopped by to ask if members could repair her child’s much-loved toy.

“Unfortunately, Dinosaur’s arm had come off while playing and rather than part with him, Krystal reached out to us to see if we could repair his broken arm.

Krystal brought Dinosaur to the CWA Emergency Room to be assessed for his broken arm.

“Our resident RN, Theresa, rose to the challenge and performed her first ever dino-surgery.

“In no time at all Dinosaur was stitched up and returned home.

“We are happy to report that Dinosaur is recovering well at home and will not need to return, unless further injuries arise.

“Krystal was also kind enough to leave us with a donation as thanks … thank you Krystal!

“It’s community members like you that make our work possible. We’re so happy Dinosaur can play once more with both his tiny arms intact.”