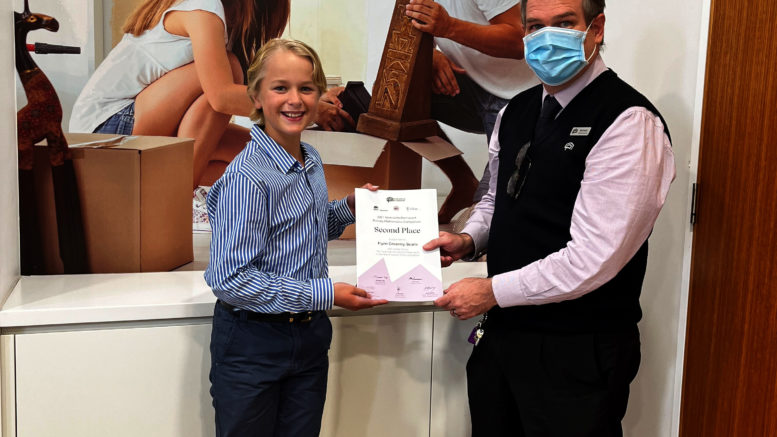 A home-schooled year six student has been awarded the prize of being the Coast’s top performing student in this year’s Newcastle Permanent Primary School maths competition.

Flynn Coventry-Searle, from Tuggerah, scored 96 out of 100 to rank second overall out of the 10,000 students from 250 schools who took the exam.

For the first time in its 41-year history and in response to COVID-19, the exam was held online.

Encouraging students at all skill levels to get enthusiastic about maths, the exam tested their numeracy and problem-solving skills without help from calculators, rulers or other mathematical instruments.

Local branch managers presented the children with their prizes.

“We’re so proud of our participating Central Coast students, who have performed well despite the many challenges thrown in their way by the pandemic and ongoing restrictions and lockdowns,” said Newcastle Permanent regional manager, Jessica Burgoyne.

“They all deserve to be celebrated,” Burgoyne said.

The Newcastle Permanent Primary School Mathematics Competition is the largest and longest running competition of its kind in Australia.

More than half a million students have participated since it started in 1981.