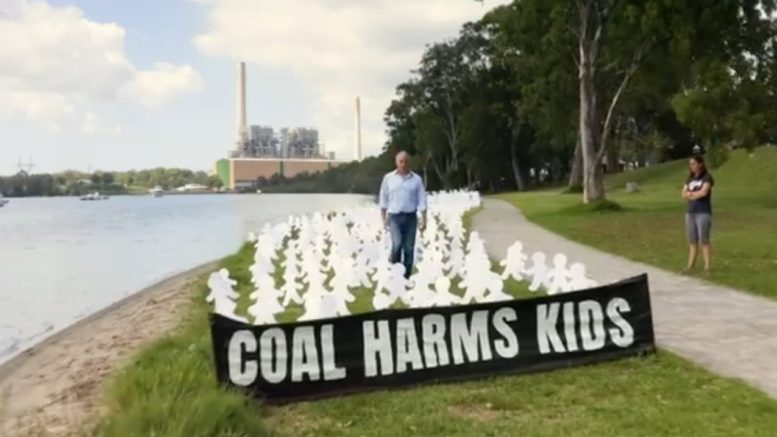 They claim a special exemption would continue to put the community’s health at risk.

Vales Point Power Station has already been exempted from legal pollution limits for almost a decade which allows it to emit nitrogen oxide pollution at almost twice the rate otherwise permitted under NSW laws.

Delta applied in 2020 to renew the exemption for another five years.

Environmental Justice Australia (EJA) and the Australian Conservation Foundation have made a joint submission to the EPA urging it to deny Delta’s application and mandate proven air pollution reduction technology used around the world.

Following community campaigning, the NSW EPA opened the proposal for consultation ahead of making its decision.

In expert evidence provided to the EPA, former United States Environmental Protection Agency Air Enforcement Division Director, Bruce Buckheit, rebuked the operator’s proposal as against the public interest, saying Delta has failed to show how pollution controls are not feasible.

“If the exemption is granted to January 2027 as requested, it is a near certainty that this facility will continue unabated NOx emissions until whenever the operator decides to retire it,” he said.

Buckheit said Delta’s approach was “contrary to the intent” of the law and raised concern the exemption could set a precedent for other power stations to make the same argument and negate the legal standard.

“Vales Point has now received the benefit of two such five-year extensions and employs the same NOx control strategies (that is, none) as in 2011 (and perhaps in 1974),” he said.

“In seeking to continue unabated NOx emissions past the 50th birthday of the plant Delta misses the clear signal that outdated plant and equipment (including pollution control technology) will need to be progressively upgraded.

It comes as a parliamentary committee last week called for updated laws on air pollution, to bring the state’s archaic controls in line with international and World Health Organization standards.

The committee reviewing the Clean Air Bill noted: “It is time that NSW’s comparatively outdated and relaxed exceedance limits are tightened to reduce harmful impacts to NSW residents’ health.”

Pollution from coal-fired power stations – one of the state’s biggest sources of air pollution – causes asthma in children, contributes to hundreds of babies born with low birth weight and other health conditions which lead to hundreds of premature deaths every year.

The community’s most vulnerable are generally hardest hit including the elderly, those with chronic conditions, pregnant women and their babies.

Pollution mitigation technologies have been installed in thousands of power stations around the world and are proven to significantly reduce toxic emissions.

“Power station operators must take all reasonable steps to minimise the risk of harm to people and the environment and comply with existing state air pollution laws, which are already significantly weaker than WHO guidelines.”