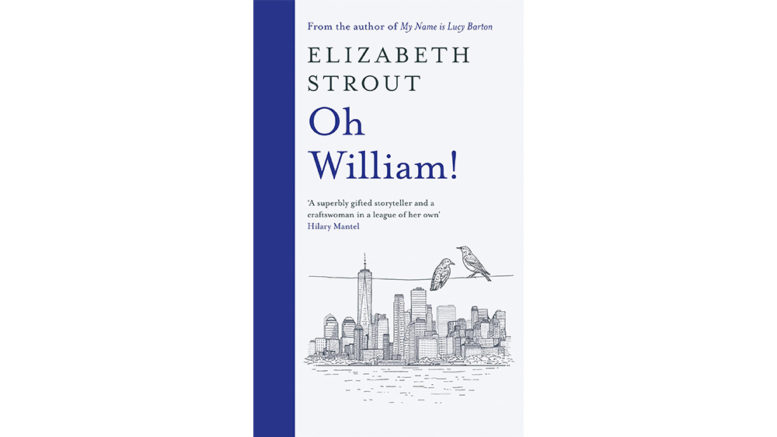 I have read a couple books by Elizabeth Strout, namely Olive Kitteridge and Olive, Again, both of which I really liked.

One book I didn’t read by Strout was My Name is Lucy Barton.

If I had read it I would have had some of the back story to Oh William!

But cleverly Strout lets the reader know where the gaps are when she writes, “I have written about this before.”

Lucy Barton has lost her second husband, David
a year ago.

She still grieves for him deeply.

“But it is William I want to speak of here.”

Lucy and William divorced after 20 years of marriage but have remained friends.

They have two adult daughters, Chrissy and Becka.

William is now on his third marriage to Estelle, who is 22 years younger and has a 10-year-old daughter, Bridget.

Lucy is a successful writer, “because I am a novelist, I have to write this almost like a novel but it is true – as true as I can make it.”

And so, we read about William and what is going on in his life over the past two years, since he was 69.

William’s young lab assistant says looks he like Einstein with his crazy white hair and moustache.

William is tall, dresses well, and whose “face is often closed with an unyielding pleasantness”.

And he is rich!

The money came from the German side of the family, and has dubious roots, but he kept it anyway.

He suffers with night terrors.

He is a parasitologist and has taught microbiology at New York University and feels he hasn’t lived up to his potential.

Lucy met William when they were at university.

Lucy came from nothing, she grew up in poverty, knew nothing of the world.

Then she met William and the world opened.

But with William came his mother, Catherine Cole, “We loved her. Oh, we loved her; she seemed central to our marriage.”

And much of the book dwells in the relationship Catherine Cole had with Lucy but also with William.

For Christmas, William gave Estelle an expensive vase and Estelle gave William a subscription to find out about his ancestors – a gift he was disappointed to receive.

“This was the William who was tiresome to me, the petulant boy beneath his distinguished and pleasant demeanour … I thought: Thank God. And I meant about him being no longer mine.”

The title would make the reader think that the book is about William, but it is also so much about Lucy.

While writing about William, Lucy discovers herself.

We travel back through Lucy’s life and get to see inside her head and realise how fragile she is but strong as well.

This is a lovely book about family and acceptance and feelings of inadequacy.

It is about love and how we move forward when we have lost it.

It is about William “But when I think Oh William! don’t I mean Oh Lucy! too?”