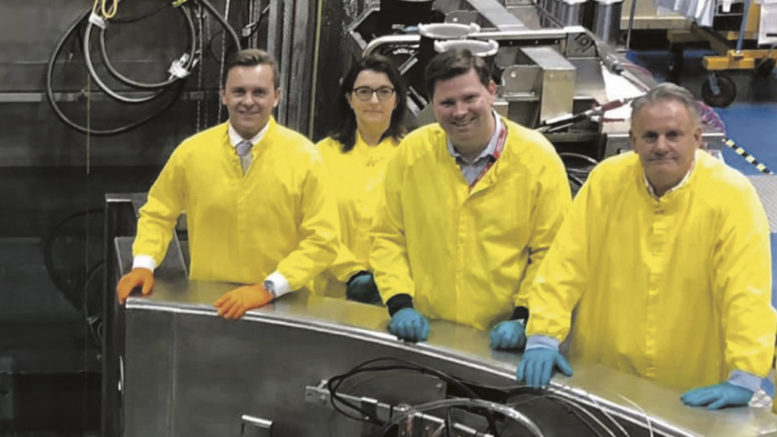 Pic: Vales Point was identified as a possible nuclear power plant site in 2018

Katandra Reserve is a very nice recreational area and a most unlikely and undesirable place for any other purpose.

We should be able to have a fair and reasonable dialogue covering the aspects of all available forms of low-emission electric power generation and their application.

A recent, and reasonably well written article highlighting most of the positive and negative aspects of wind, solar, battery and pumped storage appeared in this paper.

Unfortunately, the article provided only an emotion-provoking condemnation to any aspect of Nuclear Power.

Those opposed to nuclear energy are quick to point out the difficulty of dealing with spent fuel from nuclear reactors.

Australia is already involved in nuclear energy, being one of the world’s largest providers of Uranium and exporting 10,000 tonnes per annum.

South Australia is our main miner and producer with remote mine sites.

The mine sites have radioactive waste tailing areas which could also accommodate spent fuel from any future reactors.

Over the years we have enjoyed ample supplies of electricity for homes and industry from large coal fired power stations.

With the move to reduce CO2 from the atmosphere alternate clean energy solution have been pursued.

Solar and wind turbines have received the most attention however their reliance on prevailing sunlight and wind conditions makes them highly variable and not well suited for constant base load power as required by industry.

The sheer number of wind turbines and/or hectares of solar farms required to replace our existing coal powered generation is impractical.

Adding back up batteries and gas turbine generation may be enough to keep the lights on but not enough base load to support industry.

Nuclear power is a suitable and sustainable source of “zero” emission base load power.

We need to give serious consideration to adopting nuclear power as a base load replacement for our aging coal fired plants.

England’s Rolls Royce, France’s TechnicAtome, the US company Nuscale and several other US companies are developing a new generation of small modular reactors or SMRs.

These range in size from Rolls Royce’s 470 MW units down to Nuscale’s 77MW.

These units are of modular design based on factory assembly for delivery to a prepared site thus minimising construction time.

SMRs also present a small footprint with respect to that of the typical large nuclear plants currently in operation.