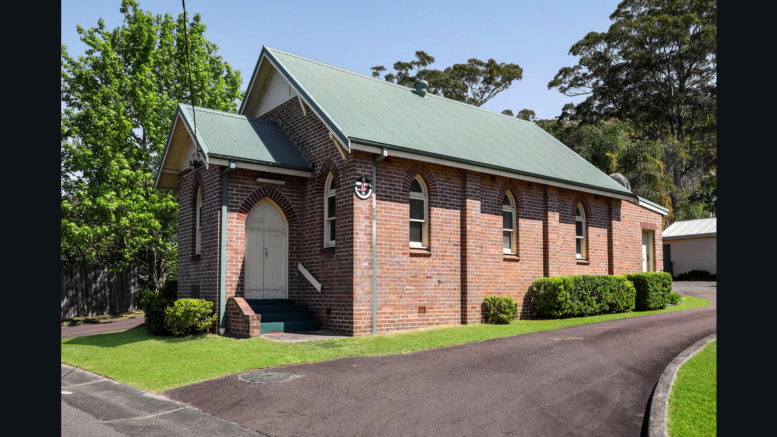 The church with its arched windows and high ceilings, and the adjacent hall, had been vacant since September 2019 when the Uniting Church decided to cease Sunday services after 133 years of worship there.

Ourimbah Methodist Church (later becoming Uniting) began in the late 1880s and the church was built in 1927.

The historic church was granted heritage status in 2011, under the Wyong Shire Heritage Review, because the rare face brick retained the original distinctive vernacular features from the gothic style and was a traditional complement to the streetscape and the local community as a landmark of local historic significance.

In September 2019 the Uniting Church decided to “consolidate its resources” which meant parishioners from Ourimbah and Long Jetty churches would attend Sunday services at the Tumbi Umbi Uniting Church.

Plans for the church, its hall and ground are unknown but is zoned for low-density residential development with the potential for dual occupancy.