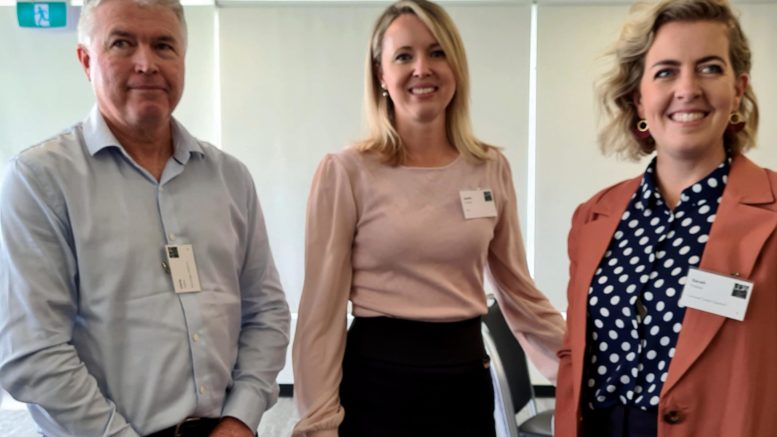 Woy Woy evolving into a walkable neighbourhood was one of the “great opportunities” Central Coast Council CEO, David Farmer, put forward when he addressed the Central Coast Chapter of the Urban Development Institute of Australia (UDIA) on Friday, November 19.

“One of the things I’d like to focus on is creating walkable neighbourhoods where you can do many of the things in your life without having to get in the car,” he said.

“There’s parts of the Central Coast that lend themselves to that – Woy Woy, Terrigal, Gosford CBD and Wyong – obvious examples of walkable neighbourhoods to increase urban development.

“As we increase density it becomes busier in those places, you (Council) get increased rates and reinvest in those places, so it becomes a positive cycle through an increase in amenity, improved planning and safety, all those things that make great urban spaces and in turn becomes desirable in the minds of the community.

“What we need to do at a Council level is to create those areas of high amenity but prior to that, from a community perspective, we have to create the demand for that high-density living that’s high quality, where you can walk to the beach, to restaurants or to all services you need.

“One of the critical things to do is to create that as being desirable in the minds of the community.

“Having worked in Wollongong and Cairns, where they had essentially run out of land, being crammed in by the Great Divide (Range), I’d argue that they’re two regional cities that are most attuned to live in high-density urban in the centre of town and people are prepared to pay premium prices for high quality, dense living with high amenity.”

Farmer covered a lot of ground in his address to UDIA encompassing Council’s financial recovery and business focus, environment and planning challenges and opportunities as well as what to look forward to from 2022.

He said that what made Central Coast spectacular, such as landscape, waterways and biodiversity, also presented difficult challenges in terms of infrastructure, while keeping up with demand for future housing – a billion dollars’ worth of development applications last year.

“This is the fifth council I’ve run and I’ve worked in some speculative areas, but this is about as hard as it gets … we’ve got waterways everywhere, every possible biodiversity and infrastructure challenges you can imagine.

Farmer said he understood many of the frustrations experienced by development planners but he said biodiversity issues would be dealt with in earlier stages of a development proposal, to save time and money and achieve a better planning outcome.

He said that moving in to 2022, Council was looking at an exciting future for the Coast but there was a fair bit of hard work to be done.

The Central Coast Local Environment Plan (LEP) will be gazetted, combining the former Gosford and Wyong LEPs and their Development Control Plans (DCP), which will uncomplicate the course of development applications and expected to come into effect by the end of December.

“This is the first place I’ve worked where there’s a predominant Aboriginal Land Council (Darkinjung) that are significant land owners with really great opportunities to work with them for positive development of our community.

“We’ll be working on our housing and employment strategies and starting an integrated transport strategy.