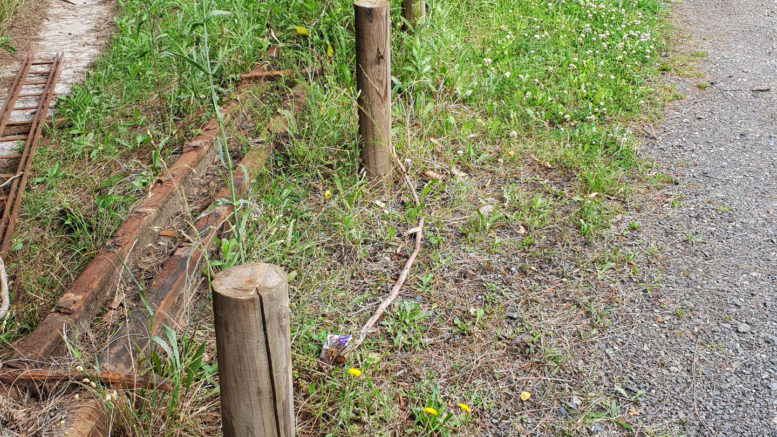 Just months after it was plagued by a spate of vandalism to its drainage and security systems, the Central Coast Steam Model Co-op in Showground Rd at Narara has seen the heavy top rails of its fencing stolen twice in the last few weeks.

Co-Op president, John Gordon, said eight of the rails were stolen about three weeks ago.

“Central Coast Council was wonderful and replaced the stolen railings with heavier ones, drilling through them into the supporting posts and securing them with bolts,” he said.

“But just this week someone has come again, probably through the night, and removed five of them yet again.

“They must have prised them off with a crowbar or something and they have split the support posts in doing so.

“I suspect someone has taken them for use in a private garden.”

Gordon said it was heartbreaking for the non-for-profit organisation, which is run by volunteers and has provided enjoyment for the children of the Central Coast for decades.

Forced to close in March, 2020, due to COVID-19 restrictions, the organisation is hoping to re-open in February next year.

“So by the time we re-open we will have been without income for two years and we have had to continue paying insurance and power for our security lighting.

“If we can’t open by the first part of next year we might be forced to close permanently.”

Gordon said the fencing was in place to prevent vehicles from entering the site, which is owned by Council and rented by the Co-op.

“We’re thinking that now we might just repair the damaged support posts and place more of them, without replacing the top railings,” he said.

“That will still prevent vehicles from entering.

“The space is still available for walking and exercising dogs but if vehicles get in there they could damage the tracks and tear up the grass.”

Gordon is hopeful someone might have witnessed the theft and have dashcam footage or might notice a neighbour using the railings to construct new fencing or a retaining wall.

He is asking anyone with any information to report it to Brisbane Water Police.

Person of interest over theft and fraud