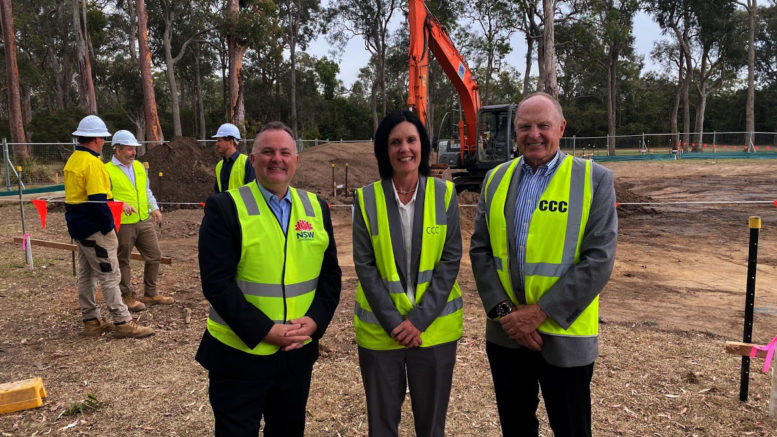 Upgrades to the Adelaide Street Oval in Killarney Vale have commenced due to a $1.2M funding injection for the 43-year-old AFL Club’s facilities.

The oval, which is home to the Killarney Vale Bombers AFL Club, will benefit from new unisex changerooms, unisex toilets, ambulant and accessible toilets, a first aid room, storage areas and a concrete pathway that will connect the existing AFL Clubhouse to the carpark.

The introduction of the unisex changerooms was designed to support increased female participation in AFL and to provide the club with amenities for the growing numbers of local Aussie rules players.

Parliamentary Secretary for Central Coast, Adam Crouch, said the NSW Government was actively looking at ways to encourage participation in sport and congratulated the Club’s President Paul Forster for his “vision and advocacy” for the grounds.

“AFL is rapidly becoming one of the most popular sports across the Central Coast, especially for young women and I am proud that this important project is finally commencing, ensuring everyone has access to quality amenities,” Crouch said.

“The female-friendly facilities are a wonderful acknowledgment of the growth and importance of female football.

“The magnificent new sports amenities’ building design, which features four changerooms, will cater for the increased number of participants that AFL is seeing,” Harris said.

Central Coast Council Administrator, Rik Hart, added that the works were one of many sports infrastructure projects underway for the Coast this financial year.

“The upgraded sports amenities will provide an accessible facility so everyone can participate in local sport,” he said.

The works are expected to be completed by April 2022.

Base to Base keeps Bombers in form